Anticipating the Future Through Echoes of the Past at Laugharne Castle

A ruin is more interesting than a freshly completed building. It shows the effects of time and experience.

So said Walker Evans. And when it comes to Laugharne Castle, he couldn’t have been more right. In its 13th century heyday, the magnificent structure must surely have been a sight to behold. Breathtakingly imposing and full of its own importance. But there’s something about it now that it would never have possessed in those early, bustling, occupied days. Something we all lack in our youth: knowledge. 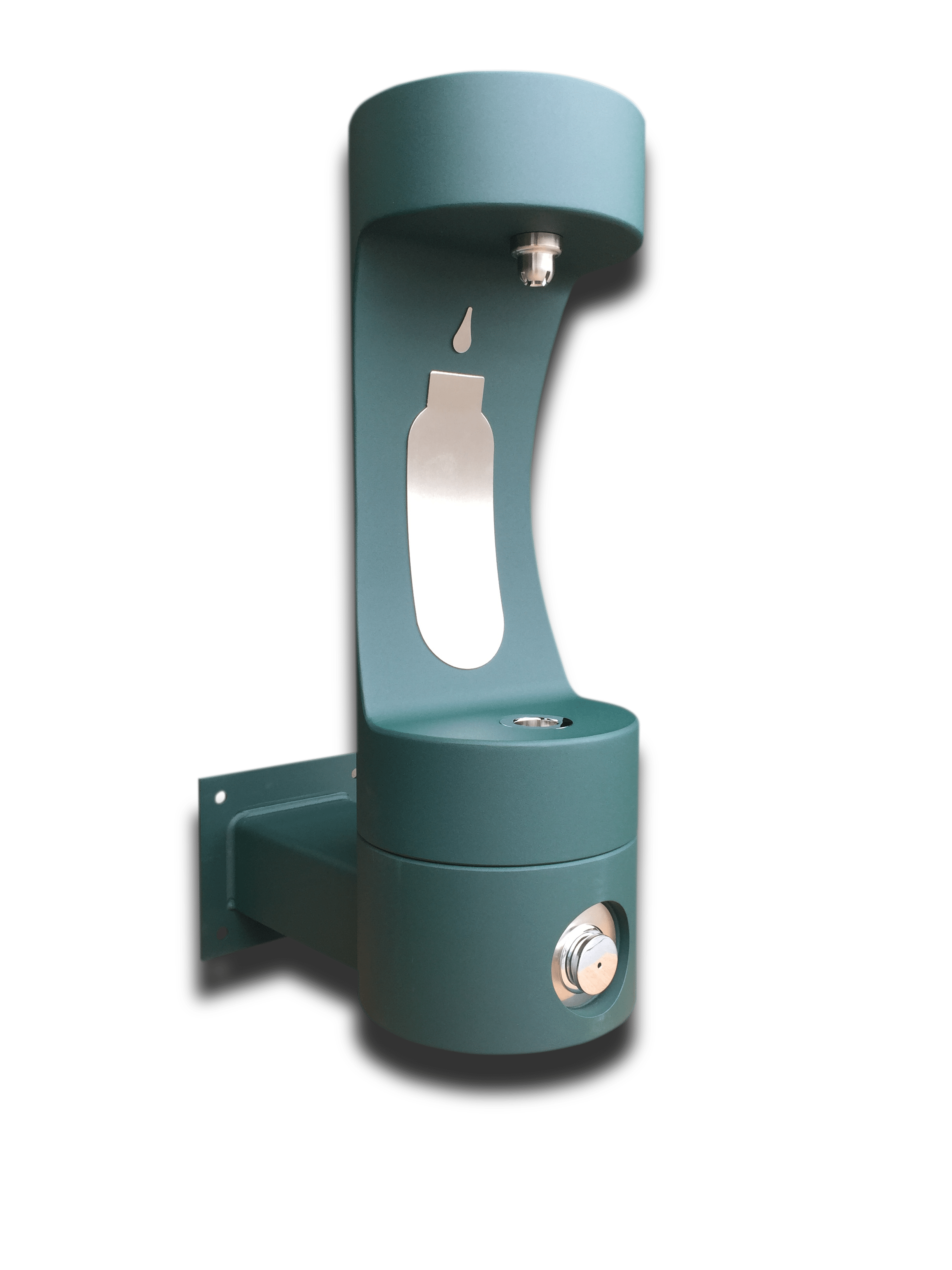 In those exposed old stones, the dismantled rooms, the collapsed stairways, today’s Laugharne speaks of hard-won experience. And because of that, it’s difficult to imagine that it could ever have looked more beautiful than it does today. And, in a way, experience is the reason why MIW paid Laugharne Castle a visit.

Towards the end of 2018, MIW undertook a series of drinking fountain and water bottle filling station installations for the Welsh Government’s historic environment service, Cadw. Tasked with reducing the volume of waste plastic on its sites, as part of a wider Welsh Government initiative, Cadw decided to look to prevention rather than cure. Part of the solution decided upon was to give visitors the option to refill drinks bottles on site, rather than abandoning them. So it was that MIW ended up installing a Halsey Taylor 4405BF – Endura II Tubular Outdoor Bottle Filling Station in the Laugharne Castle visitor’s centre.

The Halsey Taylor 4405BF is a thoroughly modern solution to an age-old problem: litter. Easy to use, low-maintenance, vandal-proof and weather resistant, it will deliver clean, fresh water for years to come. And hopefully help to inspire a change in habits that will lead to a reduction of waste plastic. Because, like everywhere else, Wales needs to take action against plastic waste.

And where better to look to the future, than somewhere like Laugharne Castle, where history is already writ large? 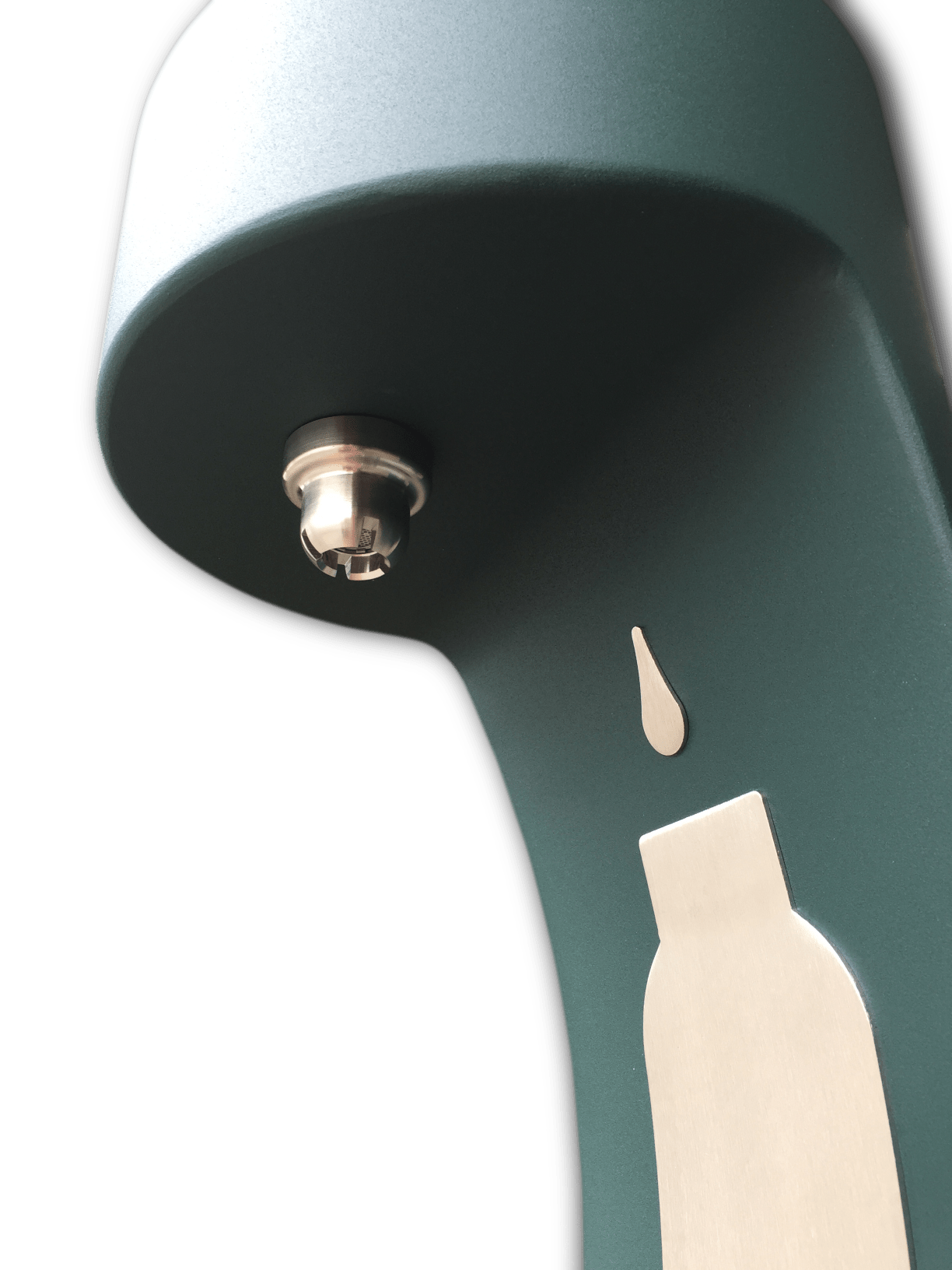 Laugharne is a lesson of unthinking action. Built upon the ruins of a Norman castle, it was itself partly destroyed following the War of the Roses. Rather than treasuring it for what it was, the winning Parliamentary forces decided to dismantle the building as a lesson to those who had defied them. What they began, neglect and time continued, leaving us with the romantic relic that we have today.

And while that relic is absolutely stunning, it does speak of lessons learned. Unthinking action can lead to desolation. And that’s nowhere more true than in the case of waste plastic. With around 8 million tonnes of plastic entering our waterways every year, it is estimated that by 2050 there could be more plastic than fish in the ocean. By unthinkingly using – and abandoning – single-use plastics, we are all adding to the problem. By failing to respond to the problem, we are exacerbating it further.

Known as the UK’s green champion, Wales must be credited for taking steps to tackle the problem. Installing drinking fountains and sports bottle fillers is only one part of the solution. But it IS working towards a solution. Now, it’s up to all of us to make sure that that solution becomes a success.