If you want to appreciate the glory of our planet, you don’t need to travel far. Just visit a garden. The Victorians knew that. That’s why they created the Horniman Museum and Gardens. It’s a place formed to celebrate the Earth and everything on it. And throughout the years the 16-acre site in South London’s Forest Hill has played home to diverse internationally important collections, from musical instruments to anthropology. But it’s crowning glory has always been its gardens – and the animals who live in them. And this has led to the foundation behind the institution becoming increasingly involved in conservation. 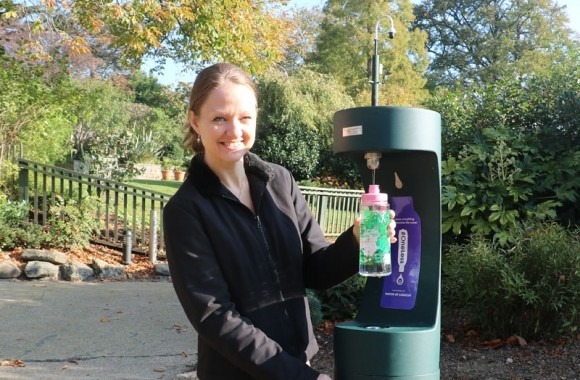 It’s fitting, then, that the Horniman Museum & Gardens has been chosen as one of the sites to benefit from the #OneLess campaign’s London Drinking Fountain Fund. With work already underway, researching the conservation of coral and barrel jellyfish, the team at the Horniman were well aware of the problems of plastic waste and the impact it is having on our oceans. Consequently, the organisation was already making inroads into reducing plastic waste on its grounds by offering a free water refill service in its café. But now, visitors will be able to help themselves at the swanky new MIW-donated-and-installed Halsey Taylor outdoor bottle filling station and drinking fountain.

Dr Emma-Louise Nicholls, chair of the Horniman’s staff-run Sustainability Group which oversees the Horniman’s programme of continuous environmental improvement, says: ‘We’re constantly looking for ways to make a visit to the Horniman ‘greener’, so we’re delighted to have been chosen as one of the sites for the new refill points. We’ve been making good progress in reducing single-use plastics on site… this new refill point is an important and positive step, encouraging our visitors to use more refillable water bottles, and help the Horniman protect our environment.” 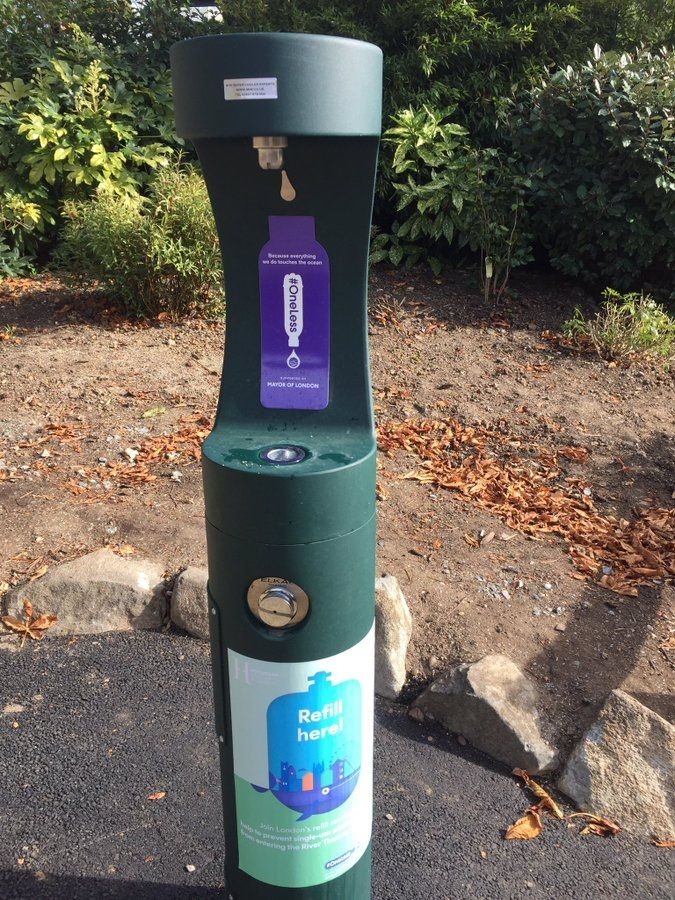 And our environment really does need protecting. Around 8 million tonnes of plastic enter our oceans every year. And if plastic pollution goes unchecked, it is estimated that there will be one tonne of plastic for every three tonnes of fish in the ocean by 2025. By 2050, plastic in the ocean could outweigh fish. That’s a scary, scary thought, especially when there are steps that we can all take to make sure that it does not happen.

The #OneLess campaign, of which MIW is a part, was formed by ZSL London Zoo to take positive steps to fight against that tide of waste plastic. Working in collaboration with the London Mayor’s Office, the London Drinking Fountain Fund is one small part of the solution. MIW donated 20 outdoor bottle filling stations to the campaign and our team have been working hard installing them at deserving sites around the capital. While all sites have been carefully chosen, the Horniman Museum and Gardens feels particularly apposite. It strikes a chord going back through the years to the founder’s vision of sharing and conserving. And it’s been a great project for us to work on. Now, we just hope that the bottle filler makes as much of a positive contribution to the community as its host has done through the last 130 years!