You look at a place like Conwy Castle and you can’t help but think ‘blimey, wouldn’t it have been easier to build a house?!’ You know, forget about suppressing the Welsh and all that, and instead invite the Prince of Wales over for a chat, with tea and scones, or maybe welsh cakes. I mean, just look at the place! It’s a word I hesitate to use, but ‘stonking’ is the only description that comes to mind. It broods over its surroundings like Zeus waiting to unleash one of his lightning bolts! But then, of course, that would have been the intention behind the construction. And I don’t know about you, but unless the welcome mat was down, I wouldn’t be seeking entry! 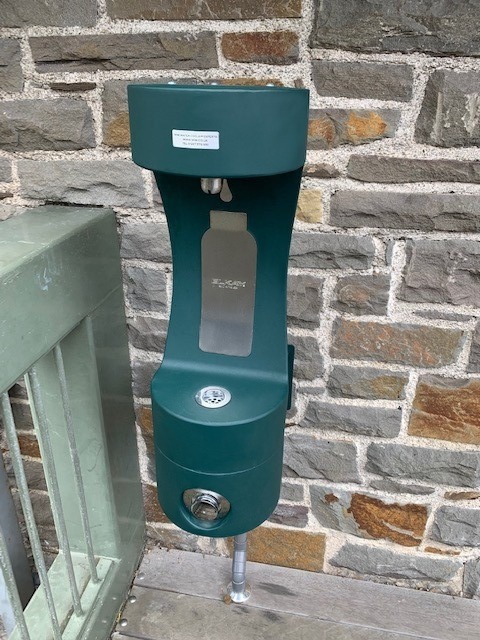 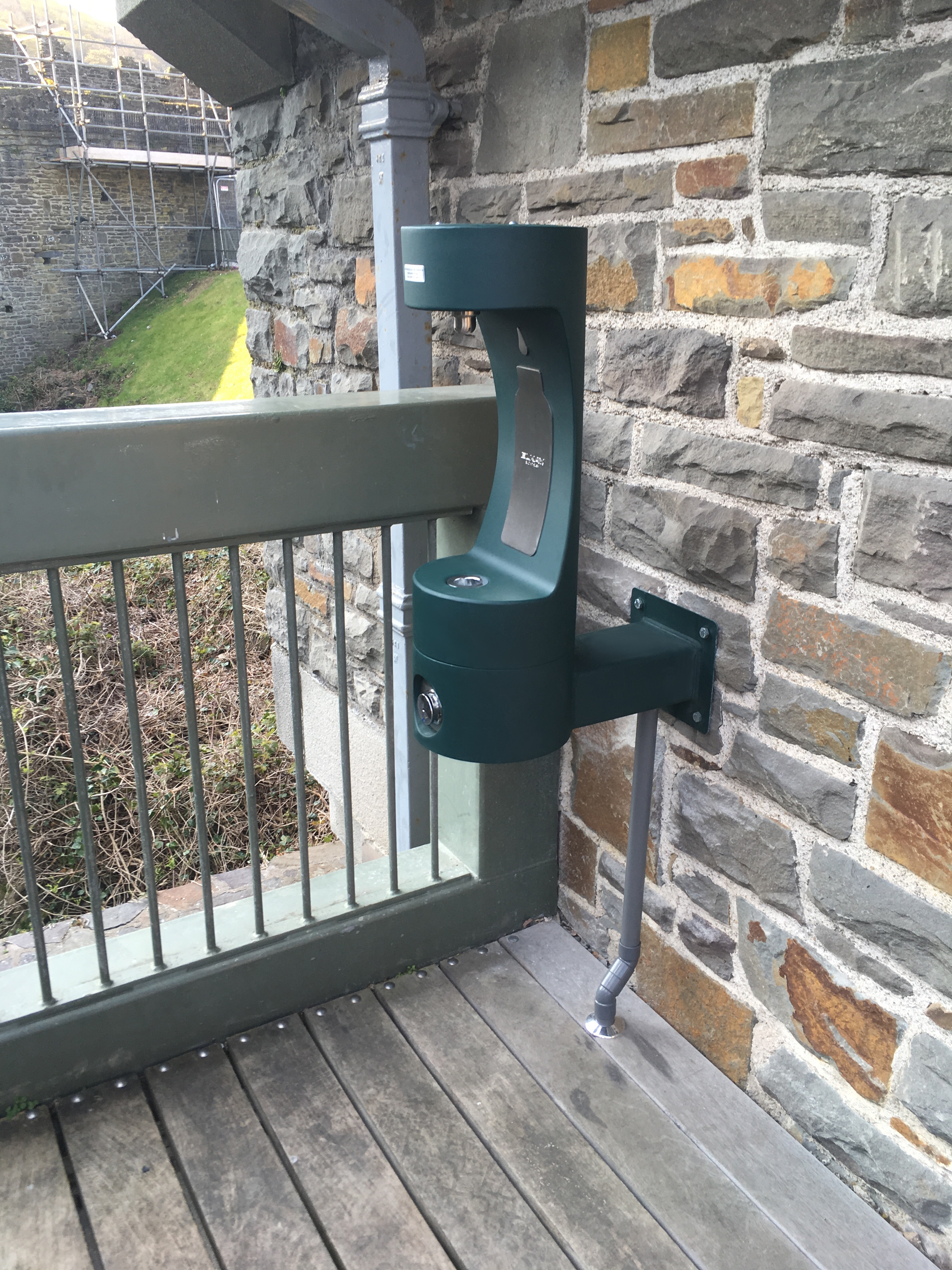 Luckily for us – and you – not only was the welcome mat down, but the doors thrown open when the MIW team visited Conwy at the end of 2018. Invited by Cadw – the Welsh Government’s historic environment service – we were there to install a swanky new bottle filler and drinking fountain. And, shhh, Edward I would be turning in his grave, because the bottle filler is for free public use – even the Welsh public!

Like every other responsible organisation, during the course of the last year, Cadw has been working to reduce the plastic waste generated on its sites. Responsible for the care of some of Britain’s most significant – and stunning – ancient buildings, it’s natural that Cadw should want to protect the environment that they’re responsible for. And there’s nothing like litter to mar a scene. However, there’s also an issue more important than aesthetics at stake. The future of our oceans, and everything that lives in them.

8 million tonnes of plastic enter the ocean from landfill every year. And it is destroying our marine life. It is getting into the food chain, with microorganisms eating nano-plastics. It’s blocking their digestive systems and killing them. This doesn’t just lead to other creatures then consuming the plastics, but to the reduction of the essential foodstuffs in the ocean. This in turn will lead to the loss of higher organisms. Worst case scenario – and it’s not implausible so say – we could face a future where the ocean is empty of everything but salt water and plastic. And that is a very grim prospect.

As part of a broader Welsh Government initiative, Cadw has set about installing free-to-use public drinking fountains in and bottle fillers across its sites, in a bid to reduce the waste plastic produced by visitors. The idea is that if we can all use fewer single-use drinks bottles when out and about, then we can all work together to reduce the plastic we use – without even trying.

The Halsey Taylor 4405BF – Endura II Tubular Outdoor Bottle Filling Station that has been installed in Conwy Castle’s visitor centre isn’t going to save the world on its own. It’s going to help you to do your bit to save it too.

Conwy Castle was built at a time of turmoil. The English were trying to subdue the Welsh. The Welsh were having none of it. Throughout all of that – and so much more besides – the castle has sat implacable. It has witnessed so many changes, both good and bad. Here’s hoping that our little drinking fountain will give it something positive to preside over. As much as the bones of old Edward might be seething at the prospect of the Welsh leading the way in anything!