The Isle of Man is known for many things. It gave us the Bee Gees (no, really!). It’s home to one of the world’s must-see TT motorcycle races. The island evolved a cat that naturally has no tail. And, more recently, the Isle of Man has made headlines with its bid to make its beaches the cleanest in the world. Now, thanks to Douglas Borough Council, steps are being taken to reduce the plastic waste actually produced on the island. And MIW has been there to help. 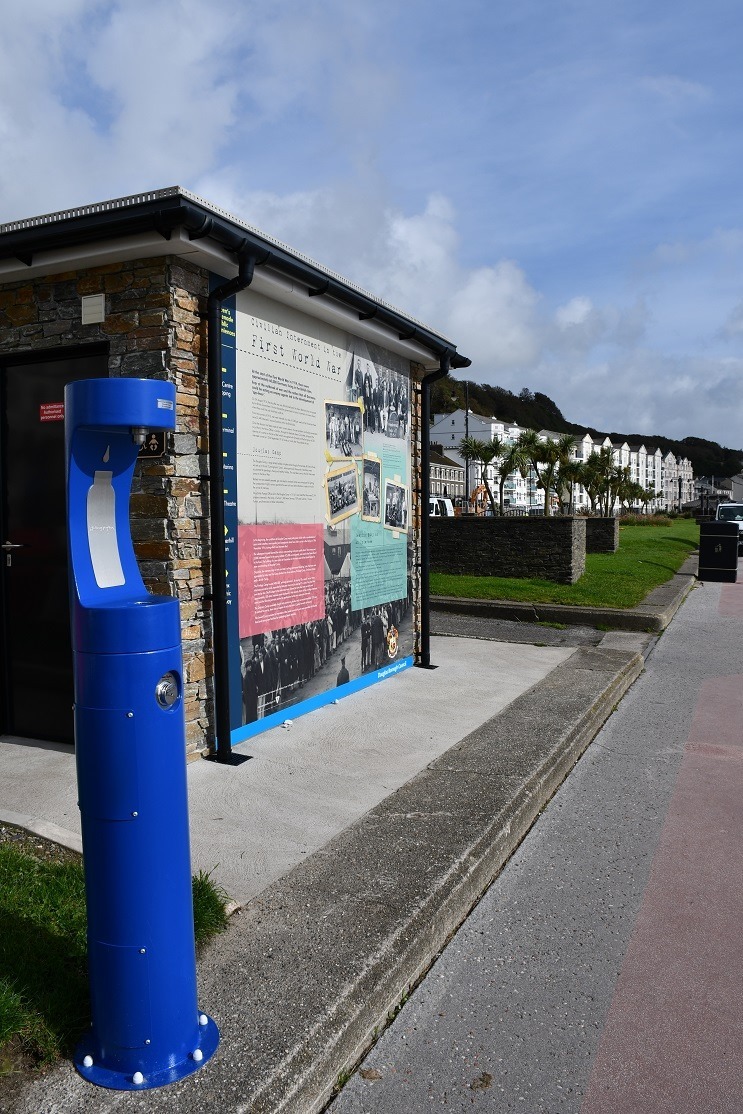 The Isle of Man’s plastic problem

Situated in the Irish Sea, midway between Great Britain and Ireland, the Isle of Man (or Mann, as it’s known to its friends) has experienced the plastic pollution problem first-hand. Thanks to the workings of the tide, it’s in the unfortunate position of catching the litter of two nations – neither of which it belongs to. A clean-up programme involving more than 11,000 volunteers – over 13% of the island’s population – has helped to control that problem. Douglas Borough Council is now tackling waste plastic bottles inland, with three new public bottle fillers from MIW.

Inclusivity, sustainability and durability were the driving principles behind the selection of Douglas’ new refill stations.

The Council was looking for bottle fillers that everyone could easily use – children, adults, non-English speakers and the differently abled. So, the water dispensers should be both easy to access and easy to use without need for instruction.

They needed to be durable enough to withstand being positioned in exposed outdoor locations in all weathers. And able to resist the efforts of vandals.

And they needed to be as environmentally friendly as possible. After all, there’s no point removing one environmental threat and replacing it with another.

Two models from the Halsey Taylor Endura II Tubular Outdoor Bottle Filling Station series (the 4405BF and 4400BF) were selected. With their strong, powder-coated stainless steel bodies, GreenSpec™ listing and hands-free operation, they answered all of these requirements. And added in WRAS certification to guarantee compliance with water authority and Government health and safety guidelines.

Is this just the beginning? 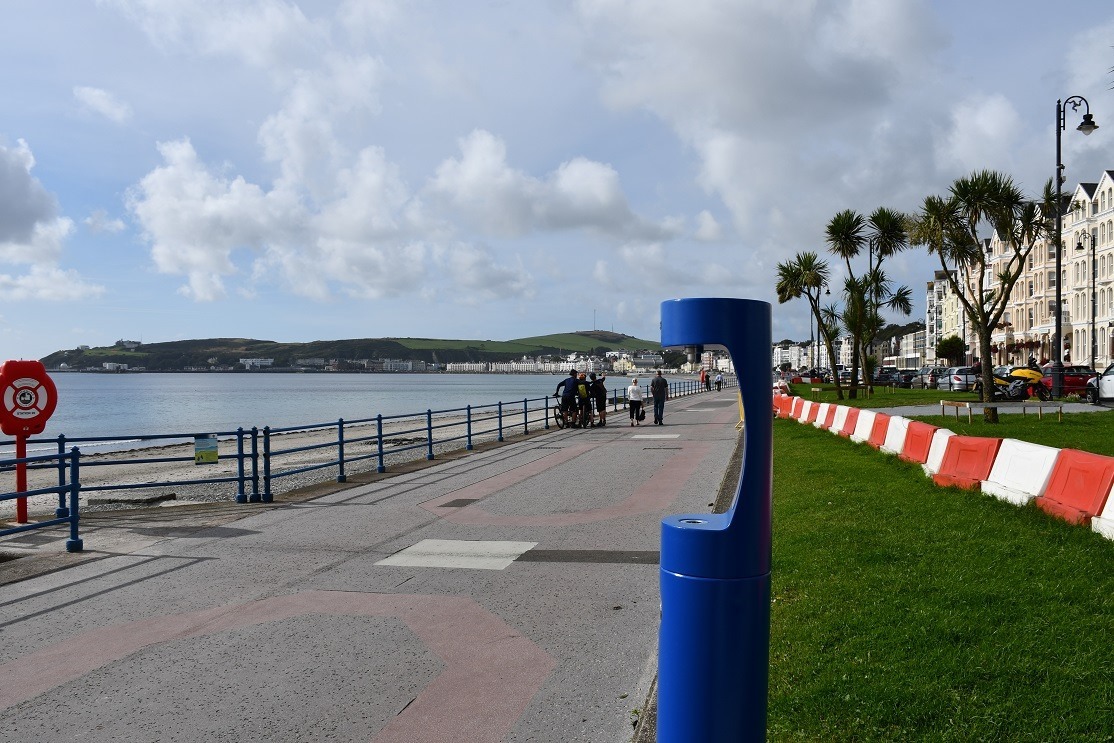 Although in place for just a few months, the council has already received positive feedback about Douglas’ three new bottle fillers, especially on social media.

Champion of the refill project, Councillor Ritchie McNicholl, said: “Installing these refill stations – an investment by the Council of just under £13,000 – is a way of tackling pollution at source and reducing the amount of plastic bottle litter in our town. It also reflects the Council’s UNESCO Biosphere Isle of Man partner status and our efforts to encourage people to reduce, reuse and recycle, which in turn helps to protect the environment.”

And it’s this passionate desire for change that is powering both the Isle of Man’s clean-up crusade and the town’s drive towards a sustainability-focused culture change. In fact, Douglas Borough Council is so committed to the Refill movement that they’re already in talks with MIW about further bottle filler installations around the borough.

This is great news for Douglas. And with the island receiving in excess of 308,000 visitors annually, in addition to its 84,000 residents, it’s great news for the environment.

Two of Douglas’ new bottle fillers have been installed on Loch Promenade. One is adjacent to the Bottleneck car park at the TT Café kiosk toilets, the other at the ‘boating pool’ toilets. The third is at the Queen’s Promenade toilets.