For four centuries now, London’s Carnaby Street has been infamous. Each century – sometimes each decade – has made its own mark on the area. From plague to mods and rockers, Carnaby is one of those streets that has really lived. If it could write a memoire in its respectable old age it would be so full of salacious tittle tattle that it would top the bestseller charts for months. And yet, it is respectable now. The plague-era charnel house and the 18th century ‘dens of iniquity’ have been replaced by trendy shops, and cafes where vegan turmeric lattes are oh-so de rigueur. Which is, of course, why the good products of MIW feel so at home. 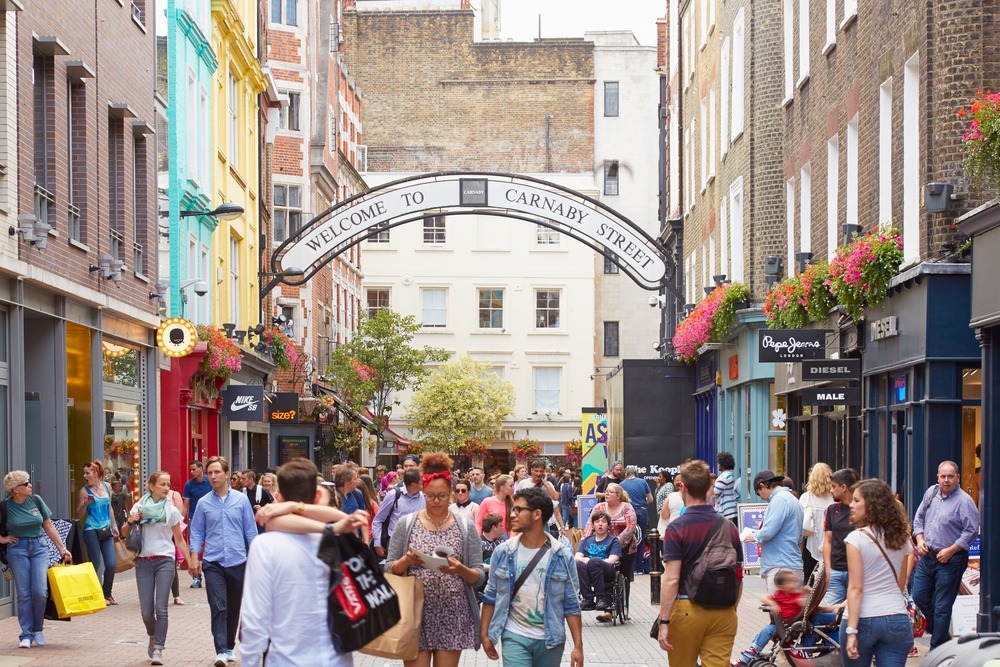 Just the exciting news that Kingly Court, Carnaby Street (owned by Shaftsbury Land) is now home to the first of the twenty water bottle refill stations MIW donated to Sadiq Khan’s project to rid London of single-use plastic bottles through the provision of free water.

As the UK’s leading authority on outdoor drinking fountains, MIW Water Cooler Experts have been significantly involved in the #OneLess bottle campaign. The project, originally conceived by ZSL London Zoo, was set up with the aim of reducing the amount of plastic entering the ocean by stopping single-use plastic water bottle use in London and by championing and enabling a refillable drinking water culture. Having made the decision to pilot a free drinking water scheme in the capital, the first port of call for the London Mayor’s office and the GLA was the #OneLess team. The second was MIW.

Specialising in WRAS-approved (Water Regulations Advisory Scheme, which thoroughly tests all products, components and materials involved in drinking water units) drinking products, with a passion for putting an end to single-use plastics, MIW leapt at the chance to be involved. We offered both our services and twenty free sports bottle refill stations to the project. Now, after six weeks research and consultation, the first of those units is in place and ready for action!

Following on from the success of MIW’s installation at Borough Market, the Elkay EZH2O LK4405BF bottle filling station was chosen for Kingly Court. It’s slimline and aesthetically pleasing, vandal-proof and weather-resistant. More ore importantly than that, however, it’s user-friendly, hygienic and efficient, delivering 500ml of water in just 7 seconds. No matter how hot or busy the day, there should be no reason for queue-forming.

As this is a pilot project, the success of which could lead to the rolling out of free water across the city, if not the country, some quantifiable data is required. To help that process along, the Elkay bottle filling station has been modified to record the amount of water released. This will provide the GLA and the #OneLess team with valuable information on how much plastic is potentially saved during the course of its use.