Radnor Park drinking fountain finds a new lease of life as MIW parachutes in to aid in restoration.

Every town and city has one; that sad old statue, monument or fountain that has seen far better days. The one now appreciated only by pigeons, or used as a meeting point for local youths. Have you ever stopped to wonder what they were like in their glory days? Or how it is that they reached their state of disrepair? Today, we’d like to tell you the lamentable tale of one such landmark; of its rise, its fall and its imminent restoration. 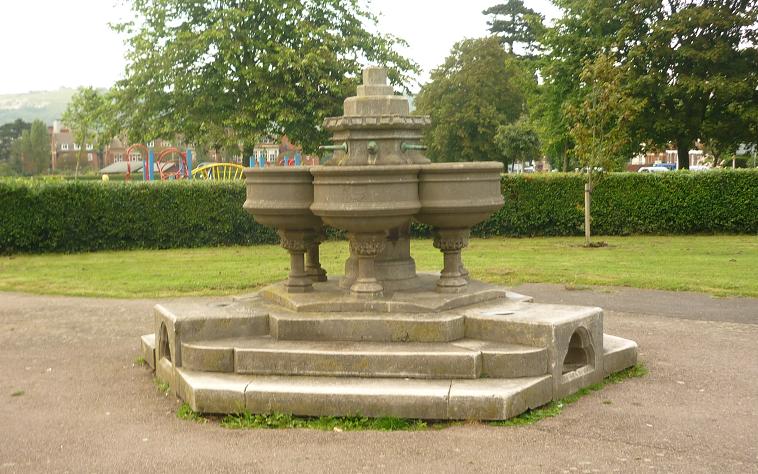 Picture the scene. It’s June 1966; a year before the summer of love, but social change is afoot in England. A soldier is walking through the streets of Folkestone and he’s a little the worse for wear. Not inconsiderably under the influence, he’s somehow availed himself of a sledgehammer and – if you’ll forgive the mixed metaphor – he has an axe to grind. He’s not railing against the establishment, and thankfully he has no person in his sights. Instead, there is an innocent and unassuming fountain in Radnor Park, about to meet its maker.

Created in 1889 when the park was first opened, the fountain and its statue had seen six monarchs come and go and generations of Kent families sip its reviving waters. It had even survived a strike by the Luftwaffe in 1945 (albeit losing its original statue in the process). But on that day the inebriated officer cut it off in its prime and despite retaining its beautiful base, the Radnor Park fountain has never been the same since.

This year, after a band of doughty campaigners fought to raise the funds, the Radnor Park drinking fountain is being restored, and who do you think is getting involved in the restoration? MIW, of course! Who else? Not only are we contributing our extensive (though we do say it ourselves!) knowhow when it comes to replacing the ailing Victorian pipework, but we’re also supplying our cutting edge drinking faucets, which, incidentally, are vandal-proof, should anyone get any ideas about reprising the soldier’s role! 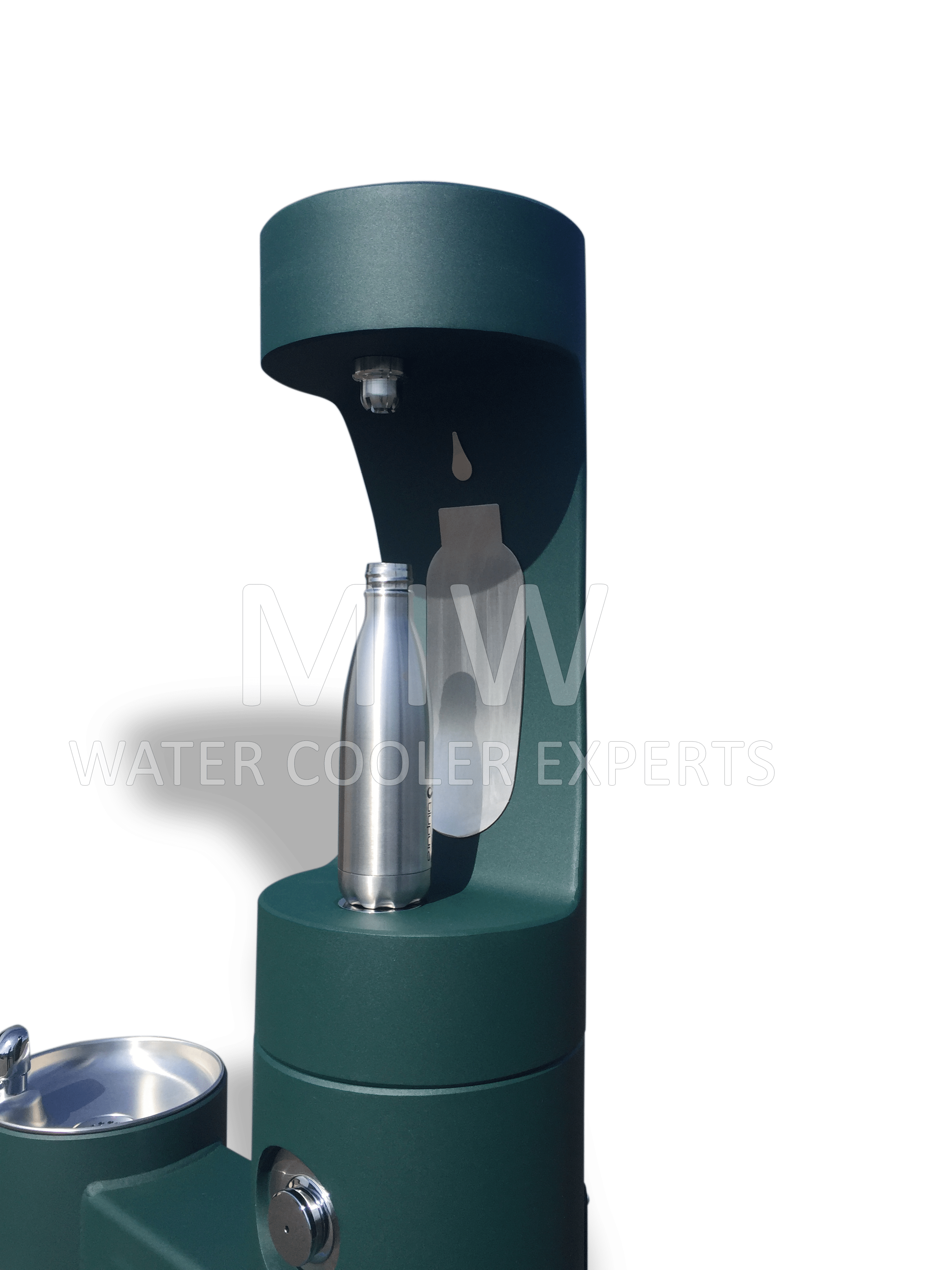 Thanks to MIW’s expertise, the fountain will retain its beautiful Victorian façade, while delivering fresh water, untainted by rust and impurities. While we usually specialise in the installation of sleek modern day drinking fountains with sports bottle fillers and pet fountains – you mustn’t forget about the dawgies – it’s really exciting to be involved in bringing a piece of history back to life, and this vandal-proofed update should certainly do that.

With obesity-related illness being one of the biggest drains on funding, more and more councils are looking for ways to encourage a healthier lifestyle. In providing fresh water in public spaces the aim is to encourage the public to ditch their sugary soft drinks while out and about, and also perhaps indulge in a little exercise while visiting their local park. Consequently, the Halsey Taylor outdoor drinking fountain has become one of our most popular items. Specifically designed to withstand the elements while delivering clean, fresh water, free at the point of use, it is vandal-proof and, in its own way, quite beautiful to look at… OK, so it lacks the grandeur of the Radnor Park stone basins, but that doesn’t stop it from being a statuesque little beauty. No? Just us? Perhaps you need to see it in action…

MIW have now installed the Halsey Taylor modern day drinking fountain with sports bottle filler and pet fountain at numerous locations throughout the UK. They’re the ideal choice for parks and public places, as the Vale of Glamorgan council have just discovered with their recent Victoria Park installation. Affordable, long lasting and easy on the eye (still just us? Just look at those curves!), is there a better way to bring your local park to life?