If You Go Down to the Woods Today

At this time of year there’s nothing quite like a walk in the woods or a beautiful country park. Once you’ve managed to prise the tech from your family’s fingers… then turned it all back on again so that you can follow the Gruffalo trail, it’s the ideal way to get out and do something healthy while enjoying each other’s company. You can be as energetic – or otherwise – as you like, and it’s the ideal outing for dog-owners; there’s no guilt about leaving your faithful friend behind because they can come along too, if the destination is right. One such destination is the very beautiful Moors Valley in East Dorset.

This gem of an estate is probably one of Dorset’s worst-kept secrets, welcoming a whopping 800,000 visitors a year, and yet 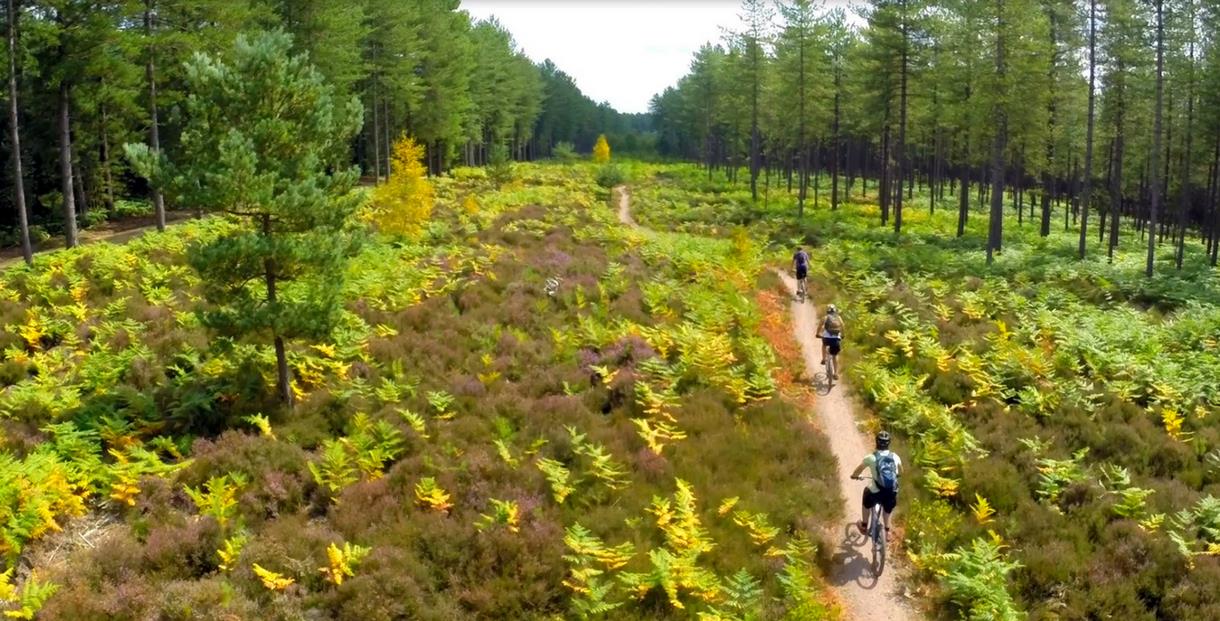 it does so with aplomb. It is charmingly maintained, with a series of diverse events scheduled throughout the year, and a fabulous team of staff who really care about their visitors – so much so that they’ve recently been in touch with MIW to install a number of Halsey Taylor Tubular Bottle Filling Stations. The aim is not just to cut litter around the park – although it will certainly help to reduce plastic waste – but also to provide visitors with a free and healthy option to revive them if they’ve been enjoying their visit a bit too much!

What’s really nice though, is that instead of going for the perfectly swanky standard model, Moors Valley have decided to look after all of their visitors, installing the Halsey Taylor bottle filler and drinks fountain with a handy base bubbler for your canine companion.

Responsible pet owners will know just how terrible dehydration can be for dogs (or any other animal for that matter). It’s a scary and distressing fact, but it doesn’t take very much for a lovely family day out to end in disaster, and most of the time dogs are enjoying themselves too much to let you know that they really need a drink until it’s too late. The model of bottle filler selected by Moors Park means that dog owners don’t even need to bring their own dish with them; they simply need to press the bubbler, fill the inbuilt bowl and let their pet drink their fill… While they’re busily filing their own bottles or slurping at the fountain!

According to the NHS, almost 62% of the UK’s adults are overweight. While there’s no denying that a lot of that is due to what we’re eating – fat and sugar just taste too damn good! – a surprising amount is due to what we’re drinking. A single fizzy can contains more than a third of an adult’s RDA (recommended daily allowance) of sugar. A bottle of flavoured water contains similar and a glass of wine contains slightly less, while a standard frappuccino by Starbucks or the like, contains more than three times an adult’s RDA, and that’s before you’ve eaten the slab of cake you bought to go with it! Add in the fact that so few of us exercise on a regular basis, it’s not a huge surprise that Britain is becoming known as the ‘fat man of Europe’. Alas, ‘Brexit’ probably isn’t going to help us with that!

Walking is one of the most beneficial forms of exercise for people of all ages. It doesn’t put a strain on the joints; you don’t need to be hugely fit to do it; it’s proven to lower stress levels and help people with depression; and you can do it at a pace which suits you. When you combine walking with a stunning location like Moors Valley, you just know that it’s going to do you good on numerous levels. Add in a nice, long drink of fresh, cool water, rather than a warm fizzy drink which has been sloshing around in your bag all day, and that sounds pretty much like perfection.

A walk in the woods isn’t just the remit of picnicking teddy bears; get out and enjoy the fresh air this summer. At Moors Valley the drinks are on us!