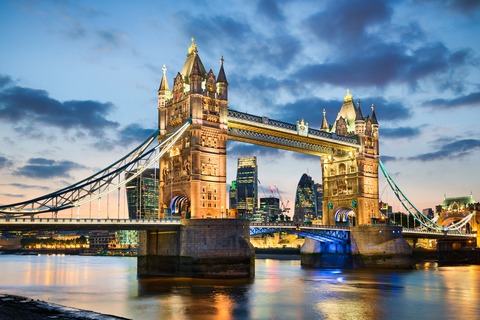 Is London Leading the Fight in the War Against Plastic Waste?

It’s not often, these days, that reading a newspaper article can make you feel more positive about the world, but Monday December 4th was one of those rare occasions. Flicking through The Guardian, I came across the really encouraging news that London Mayor, Sadiq Khan, had aspirations to help Londoners to bin the plastic bottle for good, through the creation of a network of free-to-use water fountains, and an experiment to encourage businesses to make their tap water available to the public.

He wouldn’t thank me for it, but I could almost kiss him for this!

Waste plastic is the scourge of modern living. A million plastic bottles are bought worldwide every minute, and because plastic takes between 450 and 1,000 years to decompose – and as a species we are somewhat lazy – we’ve reached a stage where we’re almost at plastic saturation point. Our land and our waterways are becoming jammed with plastic, it’s killing our wildlife and destroying our planet. That’s why reducing plastic waste has become something of a passion project for me in recent years.

This autumn I, on behalf of MIW, joined the #OneLess campaign launched by ZSL London Zoo. The aim of the campaign is to find solutions to help Londoners cut back on their reliance on plastic, one bottle at a time. We’d worked with the ZSL team before, installing free-to-use drinking fountains and water bottle filling stations throughout the zoological gardens prior to ZSL removing plastic bottled water from sale across the site, and as the UK’s leading authorities on the installation and supply of bottle refill stations, they invited us to join the network of organisations involved in the campaign. Although not London-based, we have clients nation-wide, and have worked with numerous authorities, businesses and organisations – including London’s Borough Market – to help them reduce reliance on plastic bottles.

Sadiq Khan’s proposition goes hand in hand with the #OneLess campaign. His vision is that “free drinking-water fountains that can refill water bottles, as well as be drunk from, should be provided in appropriate locations in new or redeveloped public realm,” including town centres, shopping malls, parks and squares. He would also like London’s businesses to make tap water available to the public.

THIS is the kind of action that we need to see happening throughout the UK, if we’re to stand any hope of reducing the 35 million plastic bottles that we use in this country every day. And given that 16 million of those daily bottles are not being recycled, something really does need to happen soon.

Research by The Guardian indicates that the installation of public drinking fountains ‘would be negligible’ and our estimations at MIW are that the costs of installation would soon be outweighed by the reduced costs of clearing up waste plastic.

As a business, we try not to get involved in politics – it’s really not our place – but with this scheme the London Mayor is really showing what can be done if those in authority are willing to put in the effort to make change happen. It’s about time that others around the country followed suit.