We hate to go all political on you – at a time of general election no one wants that! – but the London Assembly have recently released a scarily fascinating report (yeah, we were a bit shocked too!) and we thought that it was worth sharing some of the data. 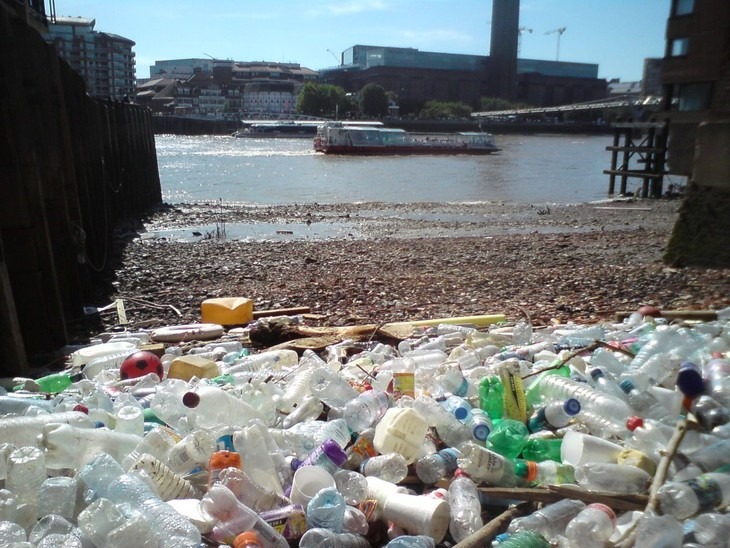 Now, everyone knows that in London – as elsewhere – litter is a problem, but plastic waste is becoming increasingly so. And the irony? It’s because we’re all trying to live healthier lifestyles. We know that drinking water is better for us than sugar-packed fizziness, and as a consequence sales of plastic bottled water have more than quadrupled in the last two decades. It’s good for us, but goodness, it’s doing terrible things to the environment, because even though a fair bit gets recycled a huge amount still ends up in landfill, or even worse as litter dropped casually in the street.

Why the focus on London? Well, that’s because more plastic bottled water is consumed per capita here than any other English region. When you add in the fact that the city also has the worst recycling rates in the entire UK, it gives you pause for thought, hence the London Assembly report.

The most fascinating aspect of the report relates to the cleaning of the Thames. It’s centuries since this iconic landmark of   the capital has been considered clean, but in one single day of last year more 2,500 plastic drinking bottles were removed from the river. That’s staggering by anyone’s standards. Especially when you figure in the fact that 49% of those bottles had once contained either still or sparkling water; the theoretically healthy option. 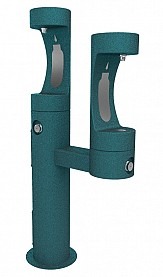 Pleasingly though, there is time for a happy ending. Rather than just writing a report and spreading the gloom, the London Assembly are attempting to combat the problem with the installation of high-spec, low-maintenance free-to-use outdoor water fountains.

At MIW we’ve been supplying the marvellous Halsey Taylor Endura II 4420BF bottle filling station with much success for three years and their popularity is very much on the rise. London Zoo, for example, have recently requested a second after their first proved such a hit with visitors. The robust structure is vandal-proof and made to withstand anything that the British weather can throw at it, while still being slim-line with a very small footprint. And being specifically designed to refill drinks bottles, it couldn’t be easier to use – no faffing around with awkward angles; just pop your bottle under, press the bubbler and go.

From bus stops to piers, if the London Mayor has his way, similar bottle filling stations will be popping up all over London during the next few years, and what a great thing that will be for both health-conscious Londoners and their environment.

As human beings there are a surprising number of things which we don’t share, but the one totally inescapable point that we all have in common is that we live on planet Earth. The Mars probe may be doing its thing, and we may have discovered a number of ‘new’ Earth-like planets out in the great beyond, but for now and the foreseeable future, it’s this world that we’re stuck on. And it’s our responsibility to make sure that it stays at its beautiful best for the generations to come.