There’s a theory that if you really want to make lasting change, you have to begin with the next generation of decision-makers. And if you want to do that, The London School of Economics and Political Science (LSE) seems like a pretty good place to start. That’s why the LSE was one of the first locations chosen to benefit from one of the 20 free-to-use public drinking fountains and bottle fillers MIW donated to the #OneLess London Drinking Fountain Fund. 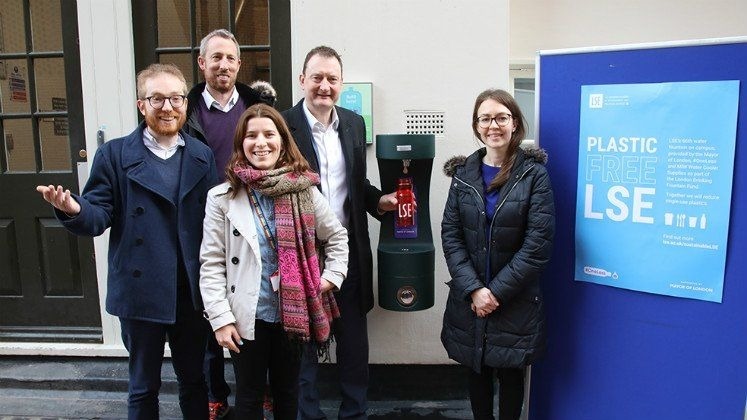 The aim of both the #OneLess project and the London Drinking Fountain Fund is to reduce the volume of single-use plastic bottles purchased and discarded in the city. The typical Londoner gets through 175 bottles of water per year. That works out to be over a billion bottles of water used throughout the capital annually. While some will go to recycling plants, more than a third will either end up in landfill, or worse, littering our streets and waterways. With around 8 million tonnes of waste plastic entering our oceans every year, it’s becoming a terrifying problem. Marine mammals and birds are becoming trapped in it. And as the plastic gets broken down into smaller and smaller particles, fish are eating it. This brings the plastic into the food chain, killing the smaller organisms that feed the bigger ones. It doesn’t take a genius to spot a potential ecological disaster ahead.

The obvious solution is to try to reduce the amount of plastic waste that we produce as a species. Bringing the whole world into line is a monumental task. But if we all try to do our bit, using #OneLess bottle each, then we CAN make a difference. That’s the motive behind the London Drinking Fountain Fund. It’s a joint project between the #OneLess Campaign – of which MIW is a part – and the London Mayor’s Office. To start the ball rolling, MIW donated and installed the first 20 drinking fountains/bottle fillers. The fourth of which went into LSE. 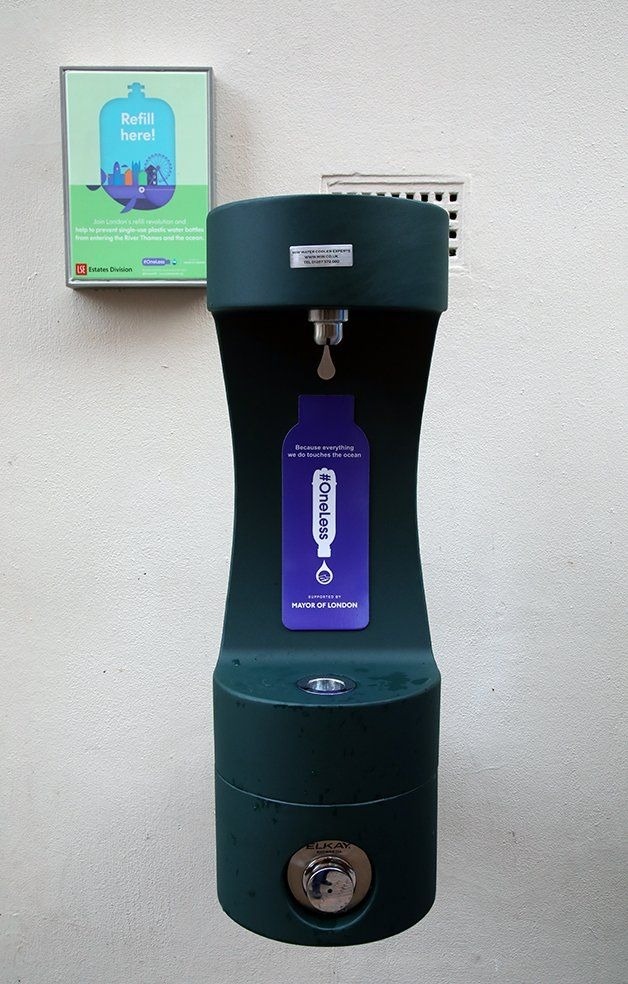 Of course, the LSE wasn’t really selected for involvement in the campaign for the future influence of its students. Although it could help! The organisation already has a pretty impressive sustainability policy. So, that, combined with its footfall, made it a really good fit for the campaign.

The campus hosts between 8,000 and 9,000 students annually. And students are some of the biggest consumers of bottled water. If each one cut back on just one bottle of water a week, thanks to the new drinking fountain, that could be a reduction of almost half a million plastic bottles on campus per year. What an achievement that would be.

The MIW #OneLess bottle filler – a Halsey Taylor 4405BF – Endura II Tubular Outdoor Bottle Filling Station – was installed next to the Students’ Union building in February 2019. It has already proven a big hit with students and staff alike. Now they just need to keep using it.

Changing the attitudes and habits of a society is no easy task. You can’t do it en masse. And you can’t force people to change. But if you explain a situation and provide an opportunity, then change will happen organically. With the #OneLess bottle campaign and the London Drinking Fountain Fund, we’re just helping to give change a gentle push.