MIW has been in business for 30 years now. And despite the fact that some of the team have been with us from the very beginning, we hope that no one would call us ‘fossils’! So, just what can we be doing at the Natural History Museum? Installing a swanky new drinking fountain and bottle filler, of course!

As one of the greatest tourist attractions the UK has to offer, the Natural History Museum (NHM) attracts more than five million visitors a year. In fact, 2018 was such a roaring success that visitors numbers increased by 17.2% up to 5,226,320, making the NHM the fourth most-visited attraction in the UK. And what does that mean? A mammoth-sized opportunity to help reduce waste plastic by bringing in bottle filling stations. 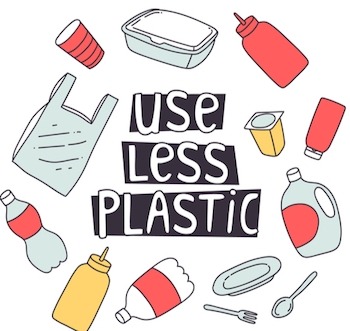 For most of 2018, MIW was involved in a truly exciting project. Working with the #OneLess campaign and the London Mayor’s Office, we set about installing 24 free-to-use bottle refill stations across the capital. The equipment and the labour were donated by MIW. And the aim was to show the difference we could all make to the environment by ditching (responsibly) single-use plastic bottles in favour of refillable receptacles. But in order to make that possible, the facilities needed to be provided. The London Drinking Fountain Fund was devised and we all set to work[1].

We selected 20 diverse locations for the installation of the bottle fillers. We wanted to find as varied a range of places as possible, while catering for the greatest number of users. With such a high number of visitors, and such a strong ethos of sustainability, the NHM was an obvious candidate. And that’s why a MIW bottle filling station can now be found in the NHM’s Red Zone next to the Exhibition Entrance. It might not be as exciting as the dinosaur room, but it will certainly be a welcome sight if your mouth feels as dry as the bones on display!

Why the Move Towards Reducing Plastic?

The NHM recently posted a frightening headline: The world is in trouble: one million animals and plants face extinction. And that’s why reducing waste plastic matters. While, of course, not all of these potential extinctions are linked to waste plastic, a number will be. At the moment, around 8 million tonnes of plastic enter the ocean from land every year. And it’s having a catastrophic affect on our ecosystem. Marine creatures are dying. Whether through plastic poisoning, choking on it, or becoming entangled in the stuff. It’s a nightmare in the making. And we can all help to make it stop. It’s time to wake up. And where better than the NHM to spread that message?

So, next time you’re visiting the UK’s fourth hottest attraction, don’t forget to call by the red zone and do your bit to make the world better.

[1] The work of the London Drinking Fountain Fund has proved such a success that MIW is now working with the London Mayor’s Office and Thames Water to bring even more drinking facilities to the residents and visitors of London. Watch this space for news of drinking fountains coming near you.