It’s been a busy few years for MIW, and we’ve worked on a number of exciting, high-profile projects. But few have come close to our latest collaboration with Thames Water and the GLA/London Mayor’s Office. Contracted to supply, install and maintain 100 drinking fountains across the capital, MIW will be the sole supplier for the #taptasticnotplastic campaign.

The aim of the project

Since the terrible environmental damage being caused by waste plastic came to light, businesses, organisations and communities throughout the UK have been taking measures to tackle the problem. MIW has been involved in numerous projects to reduce public reliance on single-use drinks bottles, including the #OneLess/GLA collaboration, which saw 20 bottle fillers installed across London. But #taptasticnotplastic has to be the most comprehensive effort to create a plastic-free culture yet. 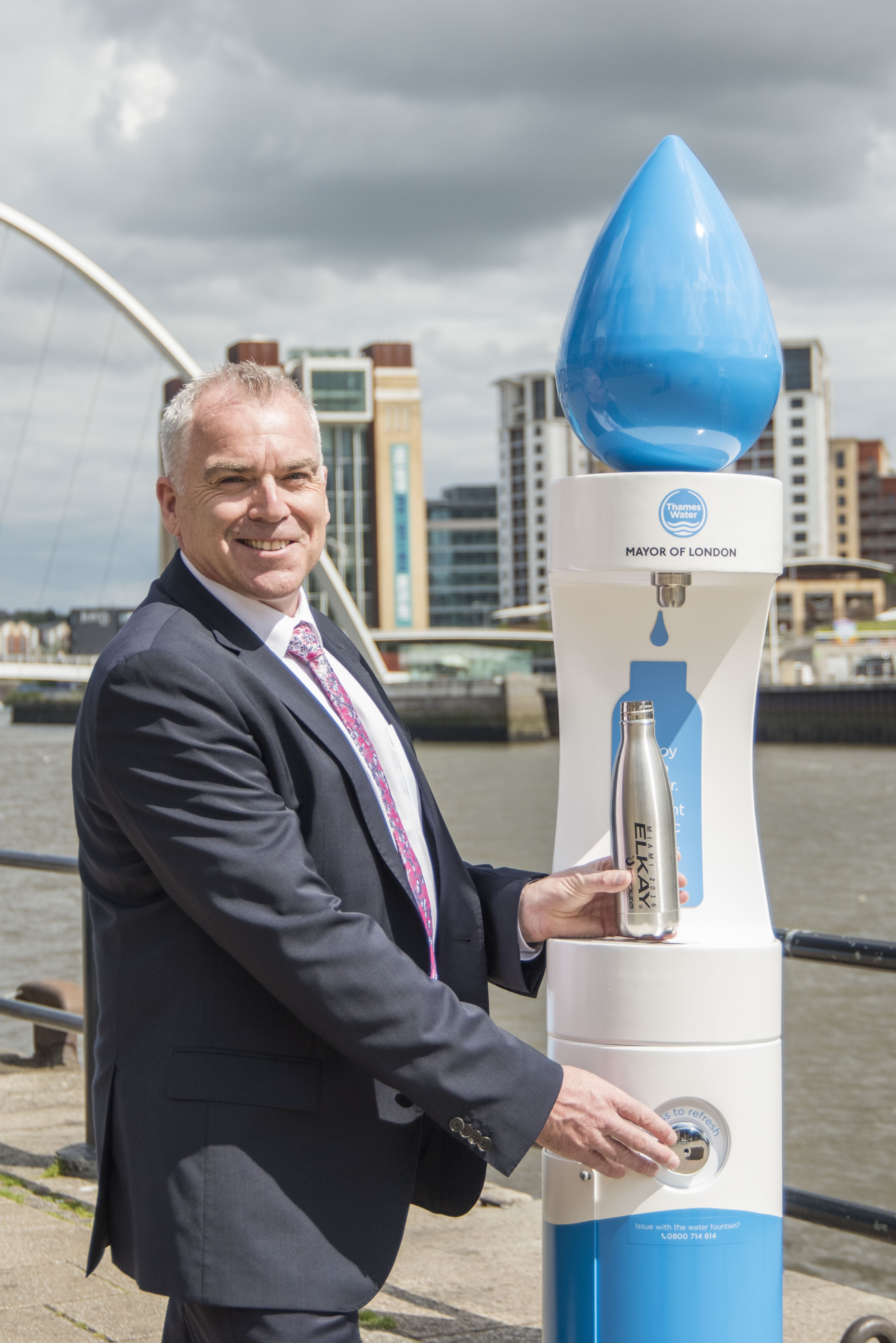 The average adult in London buys more than three plastic water bottles every week – around 175 bottles per year. That statistic can only be changed if an alternative, plastic-free infrastructure is put in place. Targeting London’s busiest commuter areas, the #taptasticnotplastic drinking fountains will provide the first chain in that infrastructure, providing free drinking water where it’s most needed.

The job is already underway, with the first 50 locations revealed last week (18/07/19), but there’s still plenty more to be done.

The brief for this project was relatively specific. The drinking fountains would need to be WRAS-approved, in order to comply with the strict guidelines supplied by Thames Water. Being intended for unsupervised outdoor locations, the units would also need to be vandal-resistant and able to withstand all kinds of weather in order to be operational all year round. It was also essential that the drinking fountains be easy to use and wheelchair accessible, to appeal to the widest possible audience. The Halsey Taylor 4400 answered all these requirements.

Made from high quality marine-grade stainless steel, the Halsey Taylor 4400 has built-in freeze protection that will allow the units to continue functioning down to -30°C. The build quality also keeps the units safe from vandals, with no moveable external parts and all vital components locked into the cabinet with security screws. The refill stations are also compliant with the ADA (Americans with Disabilities Act), the drinking fountains are also fully wheelchair accessible.

As the UK’s leading supplier of indoor and outdoor bottle refill stations and drinking fountains, the fact that we were able to identify the right model to meet the requirements set out by Thames Water and the Mayor’s Office probably doesn’t give us many bragging rights. And working closely with our global partners, Elkay, we’ve had no problem securing the right number of units at the right time. But what we are really proud of is the customisation of the #taptasticnotplastic drinking fountains. 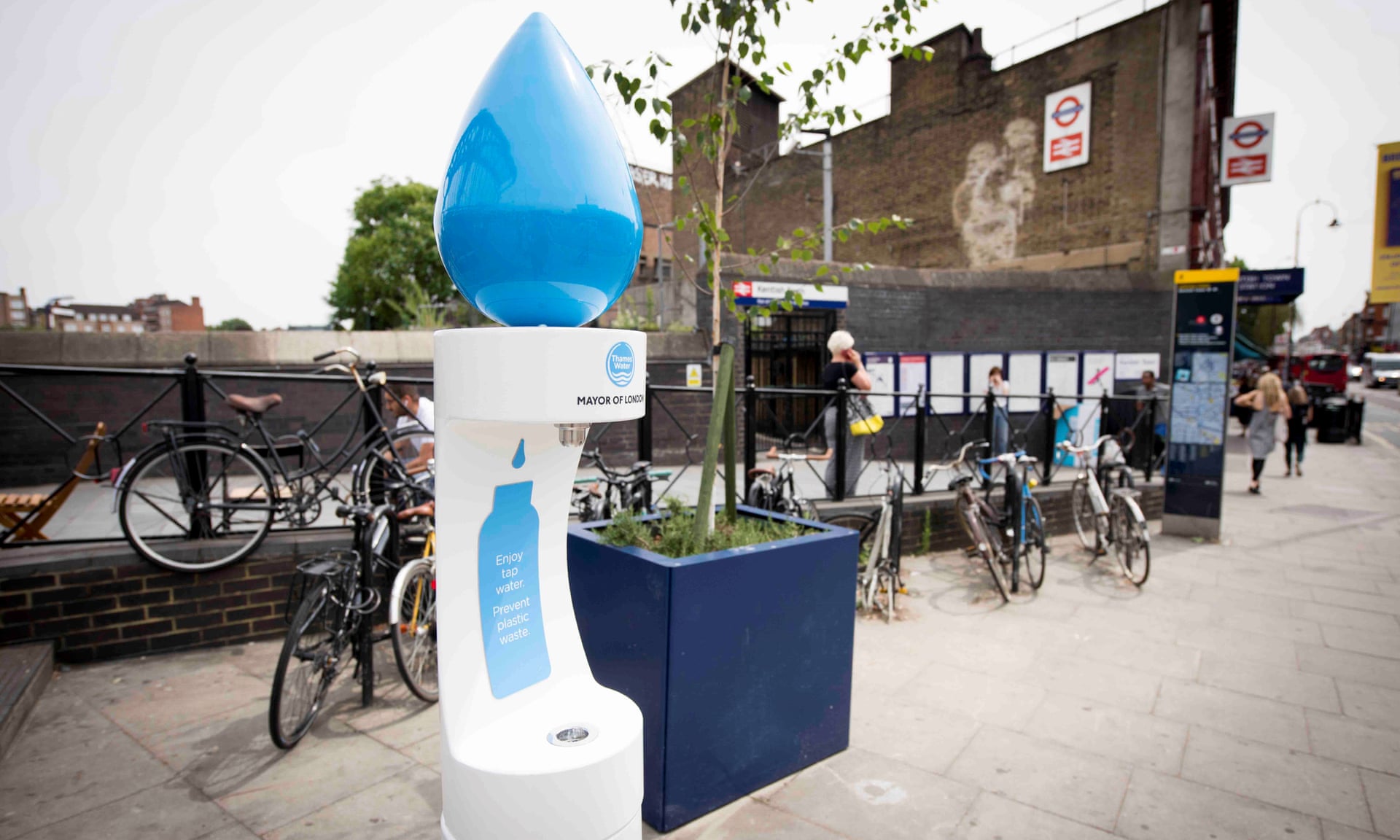 For this campaign to succeed, the fountains needed to be both identical and instantly identifiable. MIW often organises bespoke paintwork and messaging for clients. But the large water droplet that ornaments the top of each dispenser is the first of its kind of us. The project management team told us what they had in mind and the MIW team put it into practise, creating what we hope will become a recognisable icon across the city.

While every job we’re commissioned to do matters to all of us at MIW, it’s quite rare to feel that you’re part of something potentially momentous. And that’s the absolute joy of the #taptasticnotplastic campaign. It’s made me very proud of my business.