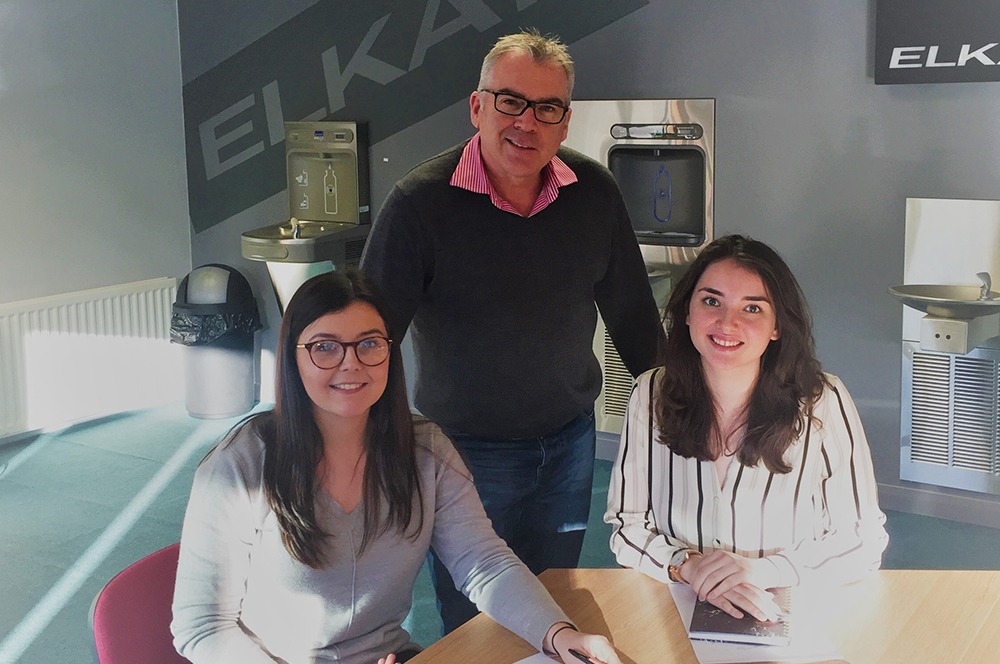 Back in October, I announced the news that MIW Water Cooler Expert had been invited by ZSL London Zoo to participate in their #OneLess plastic waste reduction initiative. It’s a project that immediately appealed to both me personally, and the ethos of MIW as a whole; plastic waste has become endemic, and with plastic now ‘polluting every corner of the Earth’, it is now one of the greatest environmental concerns we face. But, having joined the initiative, what steps could we take to help to make it a success?

As of November 29th, 2017, MIW will be welcoming geography undergraduates, Ruby and Annesa to the team for a six-month internship, concentrating solely on giving #OneLess the focused push it deserves.

Both students at Newcastle University’s Geography, Politics and Sociology school, Annesa and Ruby are bringing a passionate concern for the environment to the #OneLess Warrior post, and a degree of experience which belies their age.

Currently studying water resources in the third year of her degree, Ruby already has a strong working knowledge of the impactful nature of plastic pollution, both upon marine life and coastal economies, She has worked within The Gambia to aid the coordination of fundraisers, and she is deeply committed to the long-term reduction of plastic waste.

In the second year of her degree, Annesa’s interests lie in sustainability and making a positive contribution to her local community. For her, the #OneLess project doesn’t just present an opportunity to help to tackle environmental waste, but to improve her local area and educate others about their personal impact on the planet.

The original plan was for MIW to take on just the one #OneLess Warrior, but we were so bowled over by both candidate’s enthusiasm that we couldn’t decide between the two. The only sensible solution was to take them both on!

During their time at MIW, Annesa and Ruby will be conducting data research, compiling case studies, working with the press and business leaders to promote awareness of plastic waste, and raising the profile of #OneLess. Through their efforts and MIW’s commitment, we are positive that we can make the #OneLess campaign the success that it deserves to be.

In July of this year, a paper authored by the University of California’s industrial ecologist, Dr Roland Geyer, named the Earth ‘Planet Plastic’. 8,300 million tonnes of virgin plastics have been produced so far and more than 70% of that has been discarded as waste, sitting idly in landfill – it doesn’t rot – and being broken down into smaller and smaller particles in our waterways. While the degrading of the latter option might seem like a good thing – out of sight, out of mind – it’s actually this that is poisoning the planet, killing our sea creatures and getting into our own food chain.

Can two talented students in an office in Newcastle really hope to turn the growing tide of plastic waste? Of course they can! Because if you’re reading this and thinking that maybe you could make a difference by using #OneLess plastic bottle, and if everyone Annesa and Ruby speak to think the same, then industry might start paying attention too, and rather than making a difference #OneLess bottle at a time, we can reach into the hundreds, thousands and millions. And so, the #OneLess snowball will grow.