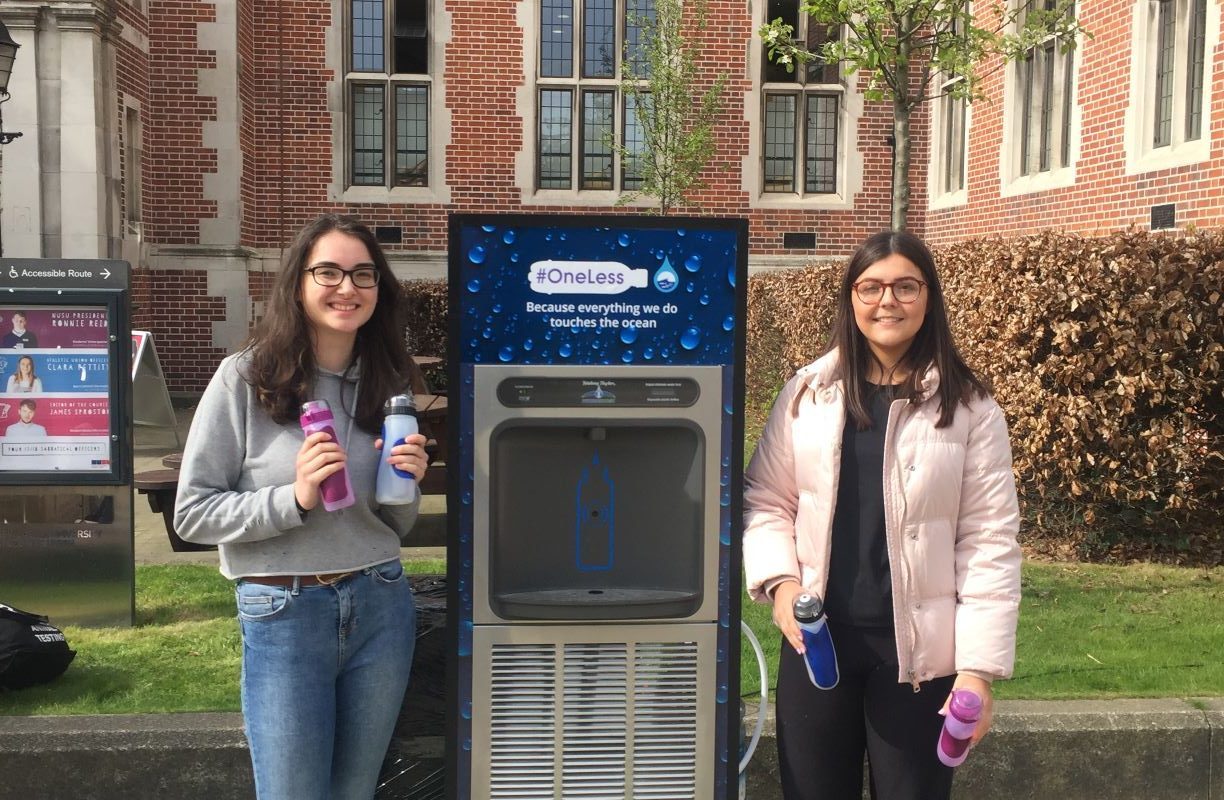 Back in November 2017, I had the pleasure of introducing you to two of MIW’s latest recruits: Ruby and Annesa, our #OneLess Warriors. Their sole role at MIW is to help spread the word about plastic pollution, and it must be said that they’re doing a brilliant job. So far, they’ve been instrumental in a number of projects, but a few weeks ago they excelled themselves, staging a No Plastic Day at Newcastle University. I’m not sure what my expectations were when Annesa and Ruby pitched the event to me, but it certainly wasn’t the involvement of more than 600 students and staff! Handing out complimentary 500ml refillable sports bottles, provided by MIW Water Cooler Experts, for use with the demo water filling station we provided, our warriors attracted a really satisfying crowd. Students and teachers alike seemed genuinely interested in the issue of plastic waste, discussing the ways in which they could make a difference on campus. 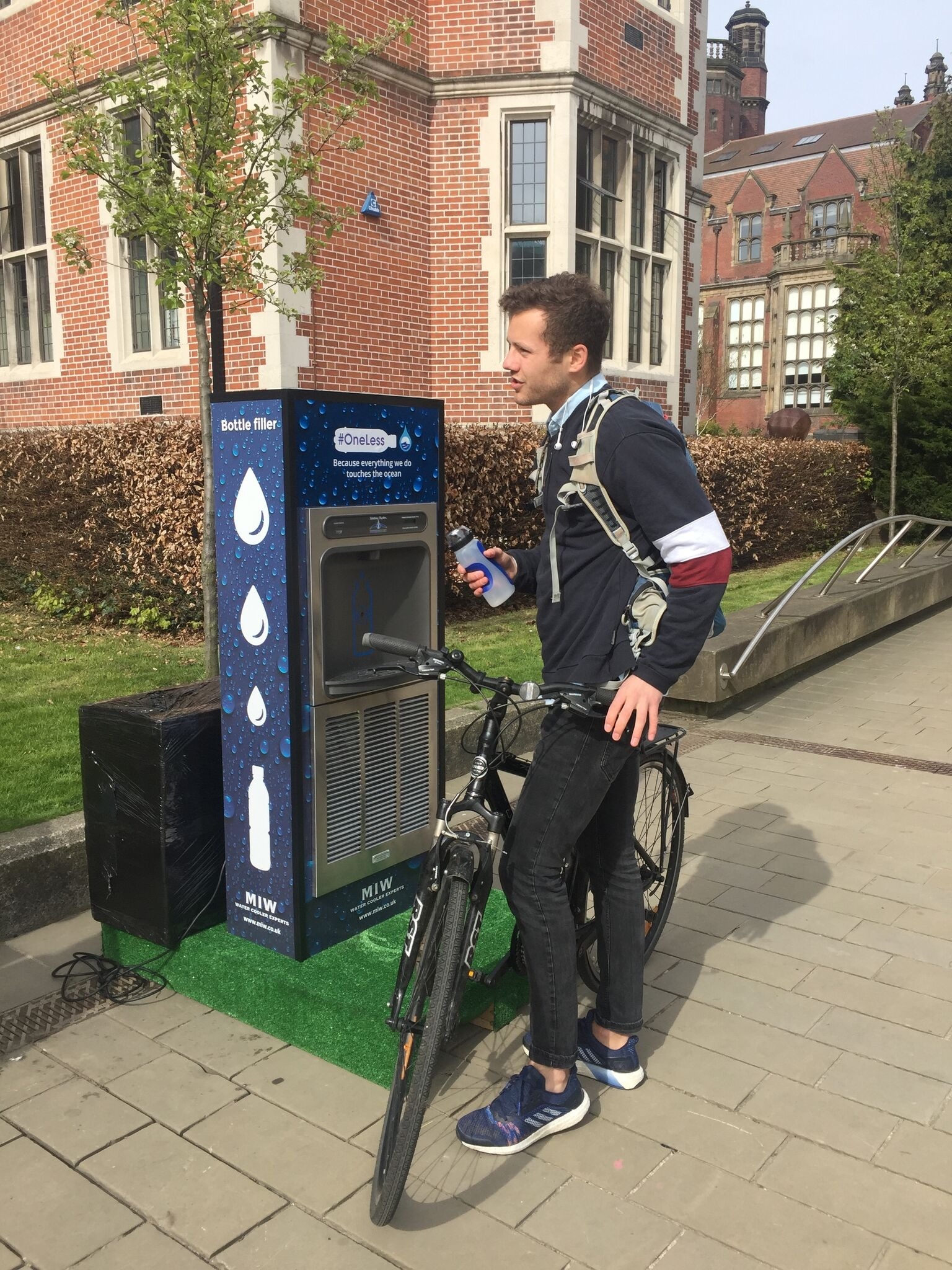 – On average Newcastle University students buy and use 3 single use plastic water bottles a week.

– In giving out free reusable drinks bottles, the MIW #OneLess no plastic day potentially saved 1,800 single use plastic water bottles from being purchased that week – equating to 93,600 bottles per year.

– What does that mean in plastic? A potential 12.6kg of plastic waste (a 500ml bottle weighs approx. 7g) was prevented from ending up in landfill – and possibly entering our oceans – in just one week, adding up a potential of 655kg per year. All from one day’s work.

– If all students at Newcastle University had reusable bottles and used them every day for a year, approximately 30.6 tonnes of single-use plastic would be saved.

–  95.92% of Newcastle University students said that plastic waste could be reduced if students had better and more frequent access to drinking water fountains across campus.

MIW has been working with the #OneLess campaign since October. It’s a movement pioneered by ZSL London Zoo, with the aim of reducing the amount of plastic entering the ocean by stopping single-use plastic water bottle use in London and by championing and enabling a refillable drinking water culture. As well as our work with the London team, we’ve been taking the challenge to the north of England. The enthusiasm with which the proposition of cutting single-use plastic bottles was met by Newcastle Uni’s students was immensely gratifying. And it’s led us to think even bigger.

Could the NU No Plastic Day be a pilot for greater things? Could we roll this out to other universities? Could we really make a difference?

As someone else once said; yes, we can.