How western waste is ruining one of the world’s most remote and [previously] beautiful islands.

It feels like we’re being environmentally hectored quite a lot these days. Don’t do this; do do that; it’s little wonder that so many of us switch off and choose not to listen, perhaps daydreaming of escape to an exotic island while the televised lecture drones on.

Unfortunately though, if we all keep on not listening, pretty soon all the real exotic islands are going to look like this. 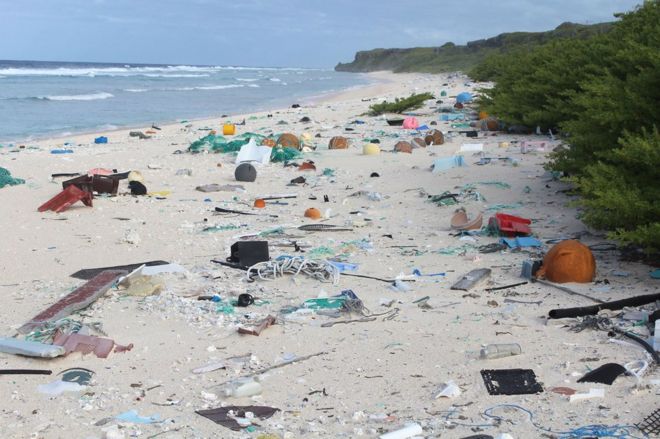 Welcome to Henderson Island in the South Pacific.

Now, we don’t want to add to the white noise of environmental blah, but we spotted this report by the University of Tasmania on the good old BBC the other day and found it just so dispiriting that we couldn’t not share.

Henderson is a totally uninhabited island, but you wouldn’t think so to look at it. With an estimated 37.7 million pieces of debris on its beaches it has the unenviable honour of holding the highest density of waste plastic anywhere in the world. Thanks to our… our what? Our laziness? Ourcarelessness? Our thoughtlessness? Our arrogant disregard for the world and the creatures we share it with? Thanks to all of that, this once-pristine UNESCO listed site with its unique ecosystem has become little more than a rubbish tip.

We don’t know about you, but this makes us very angry. 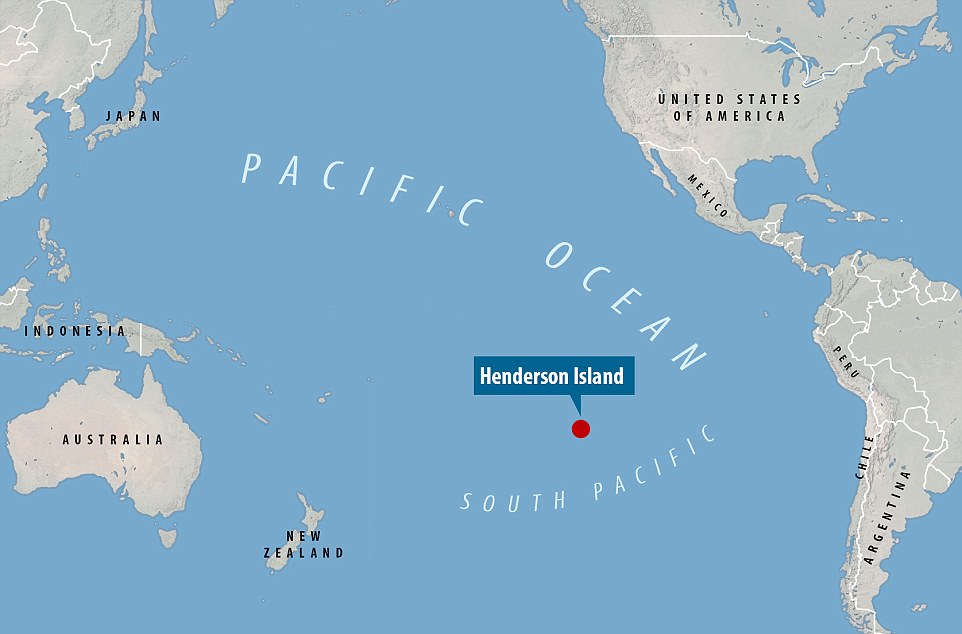 Approximately EIGHT MILLION TONNES of plastic waste end up in our oceans every year. It’s not just creating an eye-sore out of beauty-spots, but it’s killing turtles, killing fish and other marine life, and getting into the human food chain having been eaten by the fish which we in turn eat.

Don’t get us wrong; we’re as guilty as the next person – unless the next person happens to be a litter-dropper or a fly-tipper, who are wading through a mire of guilt all of their own! – because plastic is ubiquitous. If you look in your cupboards, your fridge, your freezer, everything is wrapped in plastic. Your kid’s toys are made of plastic. Even the device you’re reading this on is probably partly made of plastic. But knowing where it all ends up, don’t you think that we should all do something about it?

We can’t get rid of plastic overnight – indeed it takes a minimum of 450 years for the stuff to biodegrade, with some bottles taking as much as 1,000 years – but we can reduce our consumption. In the UK alone more than 13 billion plastic bottles of water are sold each year; an unimaginable figure. What a difference it would make if we all started drinking from the tap and using refillable sports bottles.

Councils and organisations throughout the country are switching on to the potential of systems like the Halsey Taylor Endura II 4420BF bottle filling station. Economical, low-maintenance and vandal-proof, it delivers fresh, clean water at the touch of a button, saving a plastic bottle every time.

Wouldn’t you like to be part of the plastic revolution? Henderson Island COULD be returned to its pristine state. And we COULD all be part of something that makes a real and positive difference.