It’s always nice when you read reports on pollution and see that the UK is meeting its targets. We’ve reached the stage where [almost] everyone knows what pollution is, and what it means for the environment and the creatures that live in it – including us. So it’s reassuring when you see statistics that show that we’re doing our bit as a country. It makes that annoying extra big green wheelie bin filling up the garden feel less of an encumbrance.

What’s not so nice is when you read a report saying that, actually, we’ve got it all wrong. Research released in March 2018 revealed that thanks to a technicality, British businesses have been underestimating the amount of plastic waste they produce by as much as 50%. Not only that, but the figure relating to the amount of plastic packaging being recycled in the UK is between 10% and 16% lower than previously believed. These are not good things.

While it’s believed that the error in reporting isn’t a deliberate effort to skirt regulations and meet targets, but rather a failure to factor in ‘moisture and other contaminates’ when weighing recycling – clean, dry plastic weighs a lot less than grubby, used, condensation-filled plastic – it is rather a large oversight. And it means that the UK has, in all likelihood, missed its plastic reduction targets since 2012. 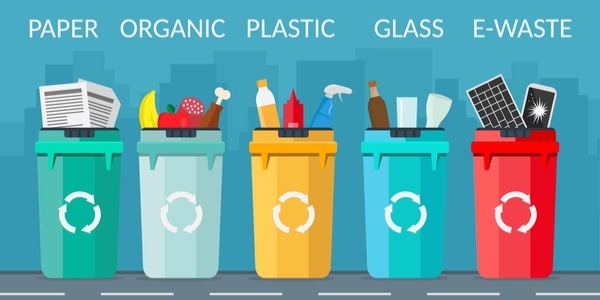 If you watch the news, or happened to catch last year’s Blue Planet II on the BBC, you probably won’t need me to tell you why this matters. But for those of you who do – enough plastic is thrown away each year to circle the Earth four times. Only 50% of it is recycled. The rest ends up in landfill, or worse, in our oceans. We’ve reached the stage where 10% of the litter found in the ocean is made of plastic, and it takes 500-1,000 years to degrade. In the meantime, it is eaten by sea creatures, tangled around land mammals and birds. Kills things through consumption or accident. And finds its way into the human food chain. And the scary thing is, it’s believed that we’ve not yet reached peak plastic saturation point – partly due to the actions of business.

As a business owner, I know how hard it can be to even spare a thought for issues not directly linked to the day-to-day productivity of your company. But in reducing waste – plastic, or otherwise – you can reduce your overheads. Reducing packaging will reduce production costs. Reducing waste will reduce disposal fees. And the second point is really easy to implement.

Drinking water is a great place to start. Each adult uses approximately 150 plastic drinks bottles every year. If you provide a water bottle refill station you can make an instant difference. When you add in the removal of your cooler refills – and all the plastic cups that go with it – the impact could be enormous. Then go down into the details. Replace the office teabags with plastic-free alternatives – Teapigs, Pukka, Twinings and even PG Tips are all plant-based now. Get milk delivered in good old glass bottles, which are used and used again. Introduce recycling bins in the office and staff room. Think about introducing #PlasticFreeFriday – one day a week really can make a difference. All that, and you’ve not even looked at office and warehouse procedures yet!

British business has led the way in so many things throughout the centuries. Wouldn’t it be great if we could do the same for the problem of reducing waste plastic?