You know when you see a small modern house finished with enormous faux-Grecian portico? And the fact that a statement is being made becomes so painfully obvious that you can’t help but wonder what the statement might be about? Well, that’s apparently, what the contemporaries of William Herbert, creator of Raglan Castle, felt too. Constructed in the 1430s, right at the end of the civil war responsible for so many of Britain’s medieval castles, Raglan is less about military prowess, and much, much more about show and bluster.  But, oh what show and bluster it delivers!

With mullioned windows, bathing rooms and one of the most enormous bay windows you’ll ever see, Raglan was a castle designed to be seen. And true to form, it’s now moving with the trends once again, with a very contemporary drinking fountain and bottle filler. 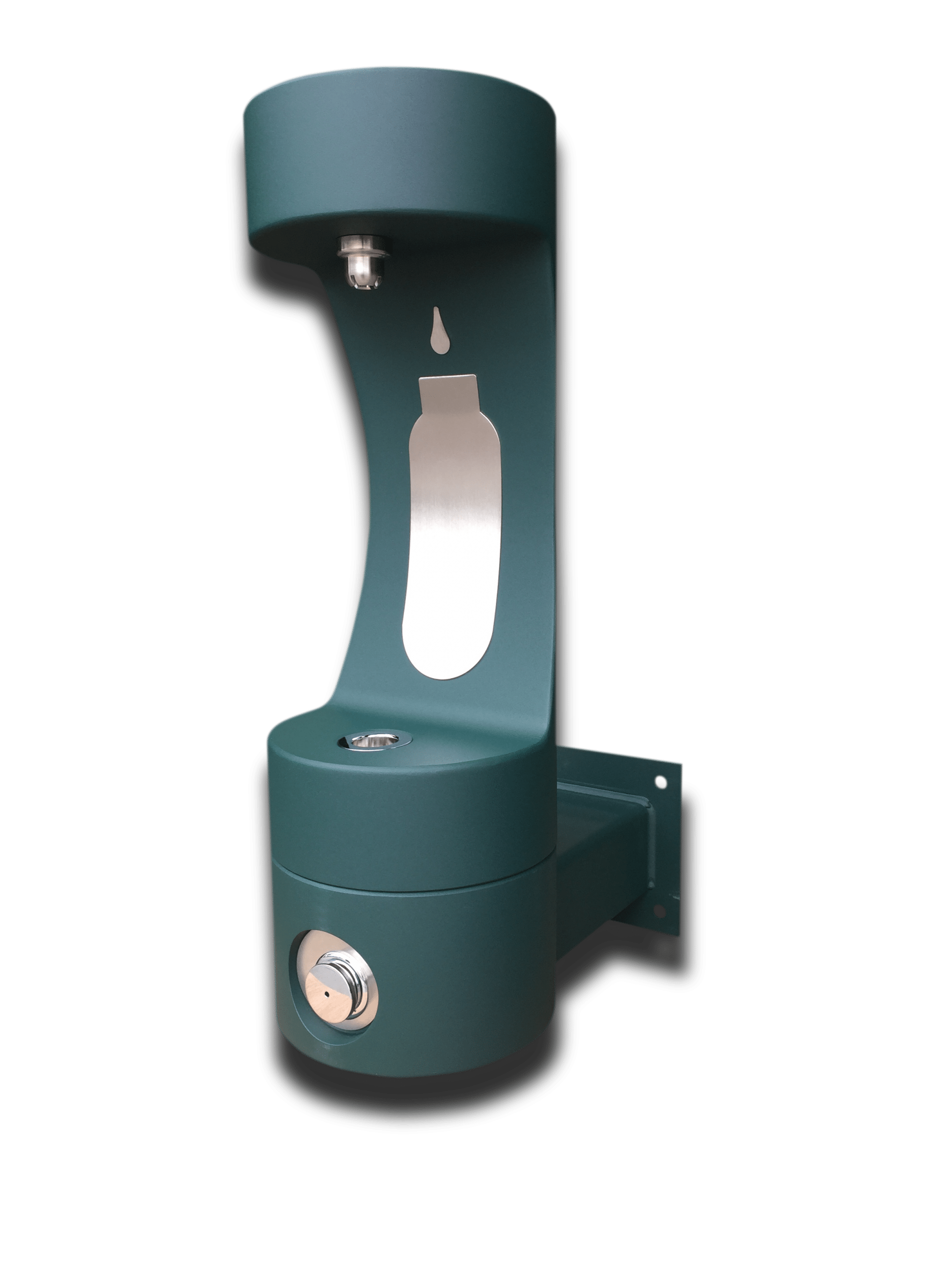 Installed by MIW on behalf of Cadw – the Welsh Government’s historic environment service – the new  Halsey Taylor Endura II 4405BF tubular bottle filling station is a cutting-edge addition to this 15th century pile. And we can’t help but think that William Herbert would be proud of it. But why is it there?

As you’ve probably guessed, the driving force behind the installation of Raglan’s new drinking fountain is the reduction of waste plastic. There have been too many stories about the environmental damage waste plastic is doing to ignore it any longer. And like many other responsible institutions, the Welsh Assembly is currently working hard to find ways around the problem. There’s no denying that we need plastic in our lives. We’ve become too heavily reliant upon it to simply cut it out. It’ll be in the device you’re using to read this. The vehicle that took you to work.  And it probably would have held the milk you put in your morning tea. But just because plastic is ubiquitous now, it doesn’t mean that we can’t work to reduce it. Cutting back on single-use plastics, such as food wrappers and drinks bottles is an obvious first step. And that’s why Cadw called upon MIW.

65% of UK adults state that they would not buy bottled water if tap water were available. So, providing that tap water is a good place to start. Due to their nature, tourist attractions create a huge amount of rubbish. Away from the facilities of home, people rely on portable means to eat and drink. In providing easily accessible fresh, clean drinking water, Cadw are removing the need for visitors to buy single-use drinks bottles.

So far, drinking fountains and bottle fillers have gone into 10 of Cadw’s sites. It may seem like a drop in the ocean, but every bottle not dropped in the ocean counts. 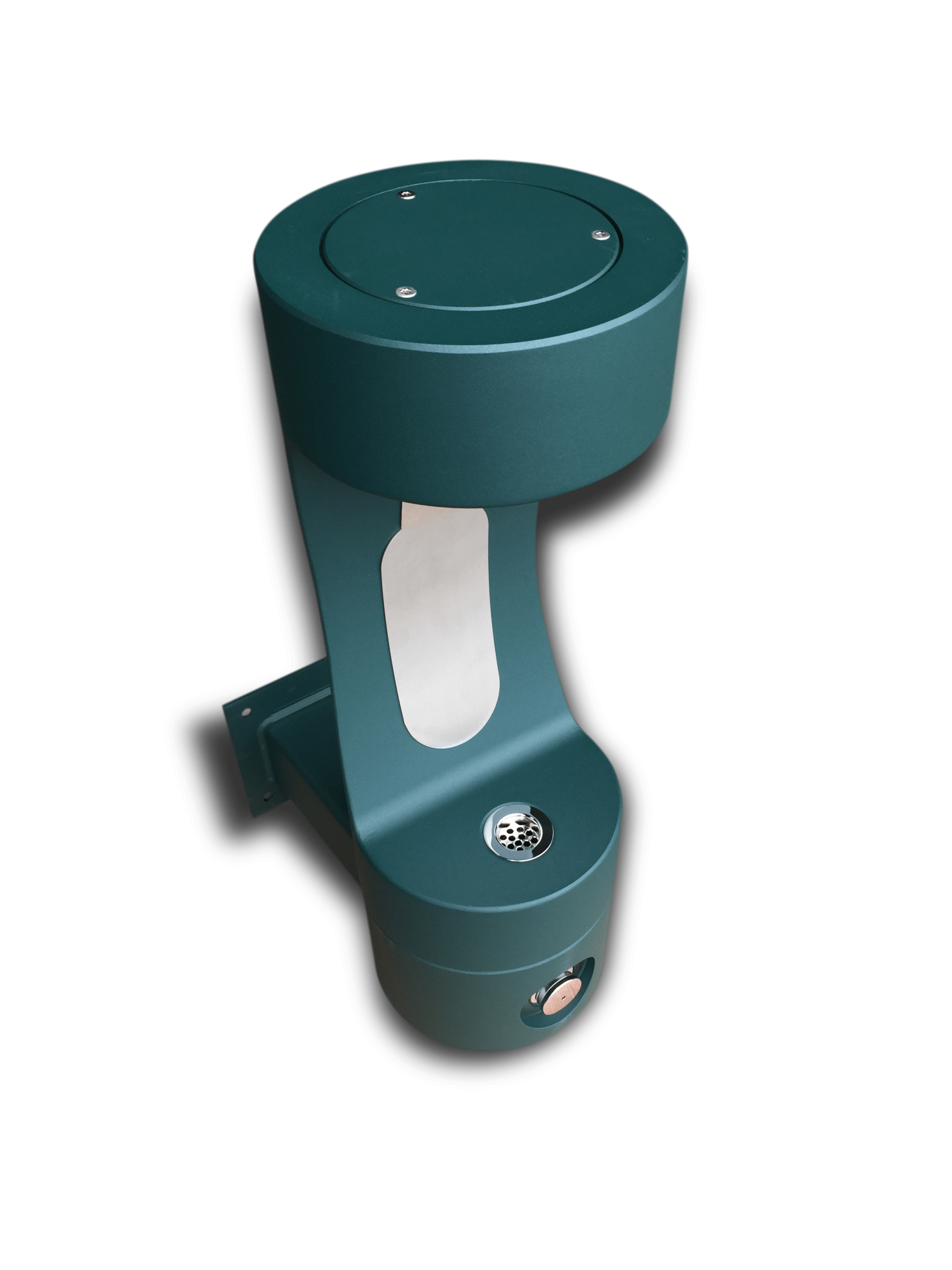 Installed in the visitor centre, Raglan Castle’s bottle filling station is just one small step towards helping to protect the environment for future generations. But the Halsey Taylor Endura II 4405BF also provides a great new service for the castle’s visitors. It’s been designed to be fit for use for as wide a range of users as possible. It’s weather-proof, so shouldn’t degrade over time. And it’s vandal-proof, so it will still deliver great-tasting water, no matter how many idiots it encounters.

Raglan Castle started out trying to be the best. It was designed to make a statement. It was designed to be bang on-trend. With this new sports bottle filling station, it is continuing that tradition. But this time, it’s getting substance with its style. Old William Herbert would have to be happy with that.