Blyth in Northumberland isn’t the most affluent of areas. Like many other parts of northern England, the economy faltered as Britain’s reliance on shipping and coal declined in the 1970s and ‘80s. And with no other major industries coming in to take the slack, Blyth could be forgiven for losing some of its sunny disposition. But for all that, Blyth has retained a sense of community, a sense of pride and some places to feel proud about. Ridley Park is one of them. And MIW has recently been involved in a project to return on of its founding facilities to working order: the public drinking fountain.

Opened in 1904, as a gift to the community by the local viscount – whose name was Ridley, funnily enough – Ridley Park is a bit of a local gem. It’s been through some tough times, like the rest of the area, but a 2005 renovation project didn’t just return it to its former glory, but built upon it. The park now boasts woodland walks and wildflowers, an outstanding water play area – ideal for the summer holidays – beautiful flower beds and an enticing café. But the one area the renovators neglected was the decrepit Edwardian drinking fountain. 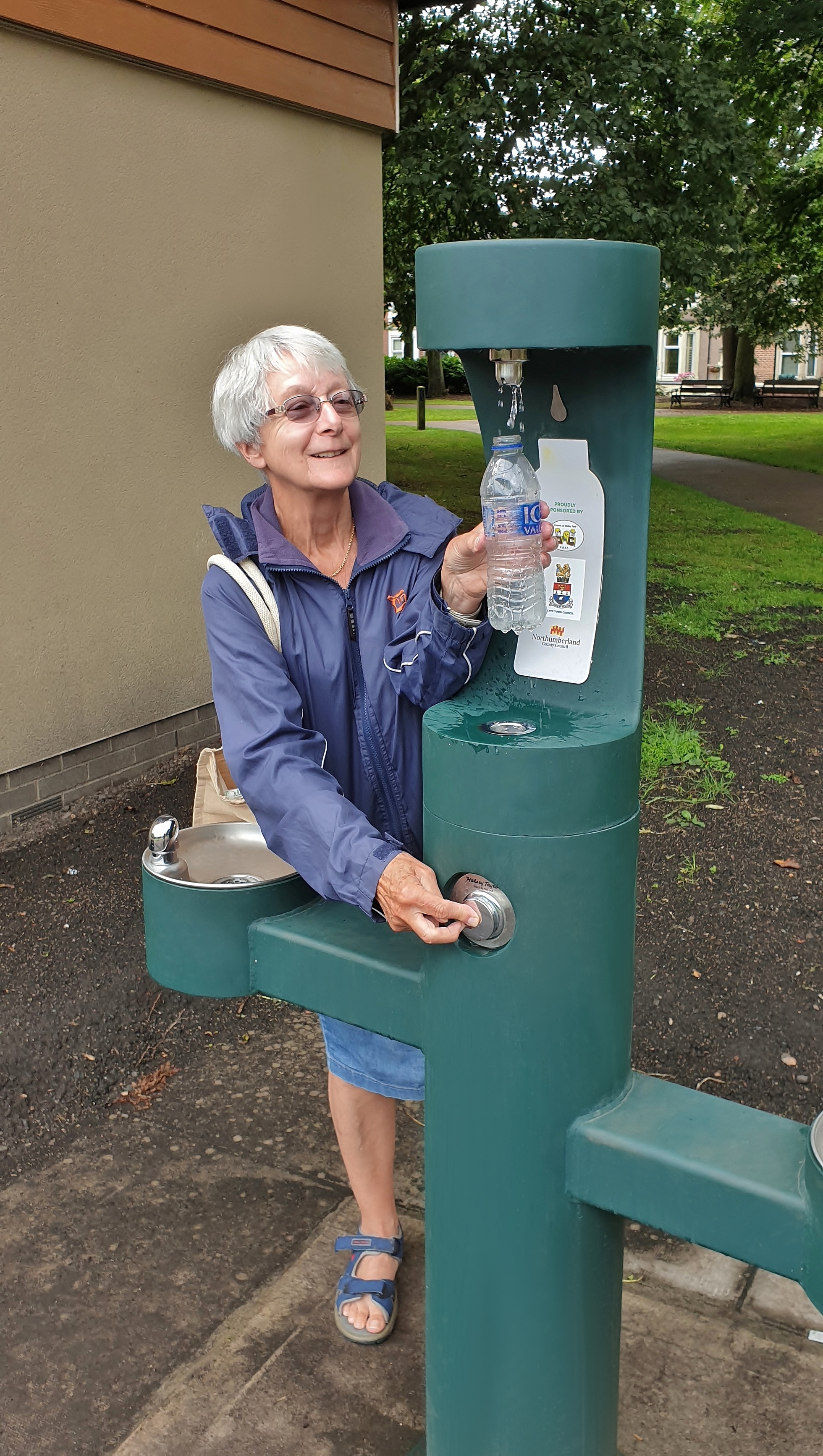 Neglected, dysfunctional and beyond repair, 15 years ago the fountain appeared defunct. In a society where bottled water was not only available but wanted everywhere, there could be no demand for a drinking fountain in the park. So, it was left.

Roll the clock forward to 2019 and a society fully aware of the damaging effect of waste plastic, and drinking fountains suddenly take on a different aspect. That’s why the Friends of Ridley Park called in MIW to advise upon and manage a project they were collaborating on with Northumberland and Blyth Town Councillors. Bringing free, fresh drinking water back to Ridley Park.

After thorough assessment, Ridley Park’s Edwardian drinking fountain was found not to be fit for purpose. So, rather than repairing, a new model was chosen. A Halsey Taylor Endura II tubular outdoor bottle filling station with two drinking fountain bubblers and a water bottle refill point offered a more practical solution. It’s weather-proof, vandal resistant, durable and easy to use. WRAS-approved, it complies with all Government and water authority guidelines to ensure lasting user safety. And the clever design allows for wheelchair accessibility, so almost everyone visiting the park should be able to enjoy clean, fresh drinking water whenever they need it.

Installation took place 28 May 2019 and the refill point is already being enjoyed by the locals.

Over the years, the MIW team has worked in all sorts of locations, brimming with all sorts of prestige. But few give use more pleasure than when we are called in to work in our own backyard. It’s less than 40 miles to Blyth from MIW’s County Durham headquarters. And while that does mean that our engineers don’t need to get out of bed quite so early as when faced with travelling to London – or Lithuania – logistics are nothing to do with it. It’s all about a sense of pride. Seeing how even the smallest of communities can work to make a difference is so encouraging. And seeing how MIW’s work can help facilitate that culture change is overwhelming. And if that isn’t worth getting out of bed for in the morning, I don’t know what is!

You can find Ridley Park’s new drinking fountain next to the toilet block at Wensleydale Terrace, Blyth NE24 3HF.