As the UK’s fourth busiest airport, Stansted played host to approaching 28 million passengers last year. It’s a transport hub, that’s growing in both popularity and stature, experiencing an 8% surge in customer numbers in the last 12 months alone. That makes it perfectly positioned to help in the war against waste plastic… Which is exactly what the management team are doing – with three shiny new bottle fillers freshly installed by MIW. 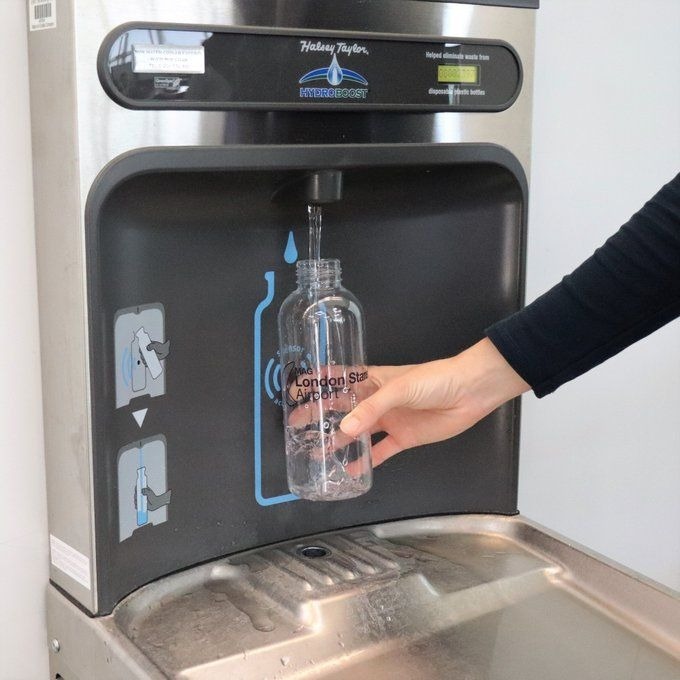 The problem with travelling is that it’s thirsty work. If you’re not hurrying from gate to gate, you’re waiting around with little to do, often laden with luggage. And with justifiably stringent airport security measures in place, it’s unfeasible for you to take your own water. The options, until now, have been to buy eye-wateringly expensive beverages from the on-site cafes and bars, or equally pricy bottled drinks from retailers. The latter obviously comes with concomitant plastic waste. So, it’s really good news for everyone that Stansted has put in place a new policy to help reduce the number of plastic bottles used and abandoned on site.

The airport’s new refill strategy means that if passengers are carrying a refillable bottle with them, they can ask any restaurant to refill it for free, once they’ve passed through security. In addition to that, the management team asked MIW to advise upon and install three high capacity bottle fillers at various points throughout the site… How good is that?

MIW supplied the Halsey Taylor Hydroboost (the same model used by Heathrow & Gatwick) for installation at Stansted. WRAS-approved, the Hydroboost is fully compliant with all water authority and Government guidelines relating to public use, which removes any potential concerns for the Stansted team. Wheelchair accessible and ADA rated (Americans with Disabilities Act), the bottle fillers help the airport to comply with the Equality Act (2010), while being easy to use for everyone. They’re also capable of serving a high volume of users, quickly and cleanly. And with an inbuilt bottle counter, all users can see the difference they’re making to the environment by refilling rather than repurchasing. 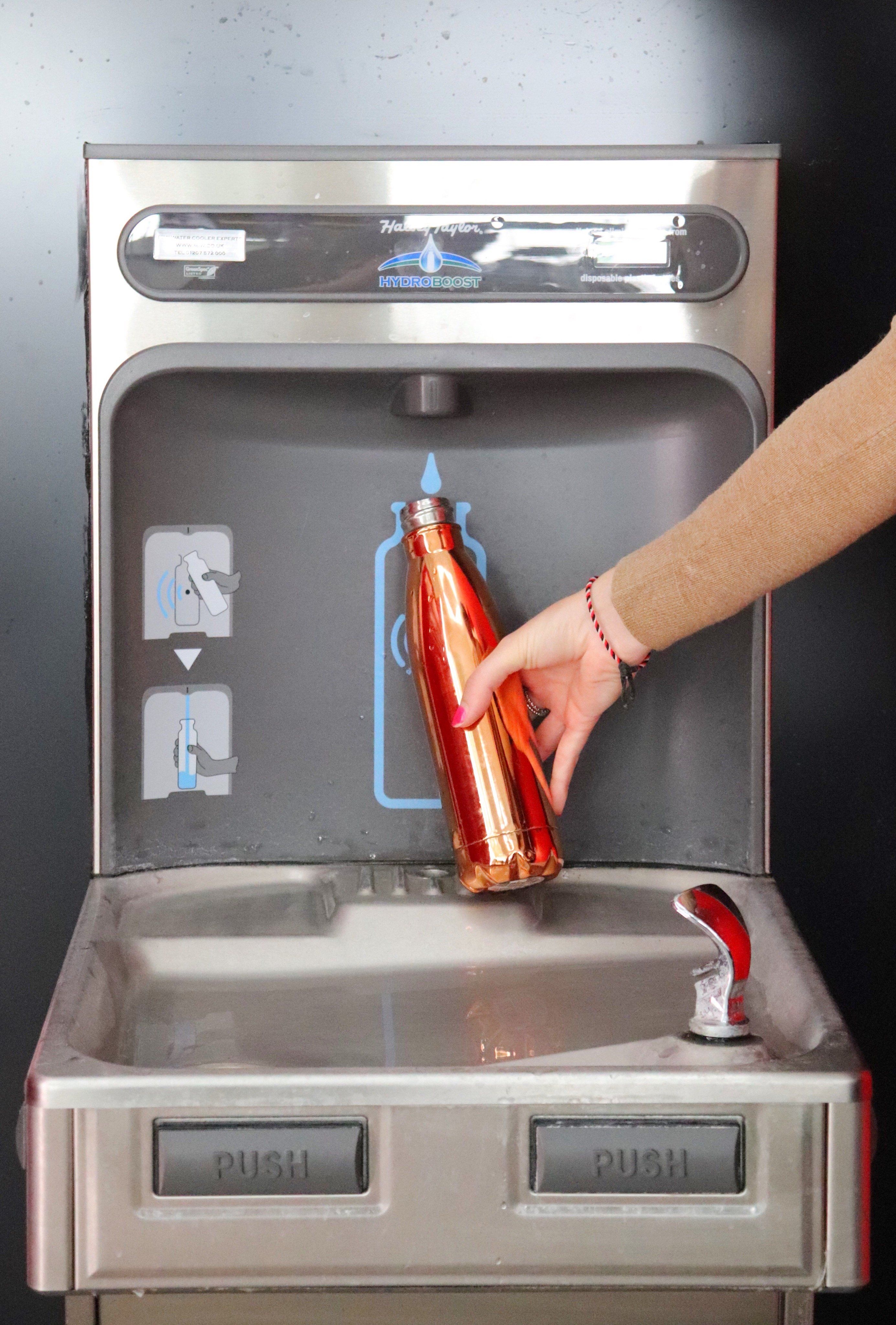 The bottle fillers have also been carefully positioned to help provide access to the highest possible number of users. If you’re visiting the airport on your way abroad this summer, you can find them in:

But don’t worry; they’re so well signposted that you don’t need to remember any of that if you’re intending to use them!

Airport bottle fillers are taking off

UK adults get through a tremendous number of plastic bottled drinks. In fact, it’s believed that each of us buy in the region of 150 bottles of water every year. The chances are, a goodly percentage of those are consumed in transport hubs like rail stations and airports. That’s why Stansted’s move to tackle the problem is such good news. And it’s even better news that they’re not alone.

MIW has already supplied Heathrow, Gatwick and Aberdeen airports with bottle fillers and drinking fountains. Between these four sites, that’s more than 154 MILLION people potentially catered for. And a whole lot less rubbish to dispose of!

Just imagine the difference it could make to the environment if all the country’s airports – and all their passengers – joined the refill revolution. The war on waste plastic could very soon be won.