The IPO Joins the Refill Revolution!

Although the name is relatively new, the Intellectual Property Office (IPO) has been protecting Britons’ intangible goods since 1852. Known until 2007 as the Patent’s Office, the IPO has the sole responsibility for examining and issuing or rejecting patents, trademarks and designs in the UK. It’s an important place. In fact, investment in intangible assets is becoming increasingly important, with the latest figures from the ONS showing investment in this area in 2015 to be £134 billion – higher than investment in physical goods. The IPO is responsible for overseeing all of that. It’s no surprise then, that they’re pretty conscientious bods in other areas too. And that sense of accountability has led them to join the refill revolution. And what’s even better, is that they’re helping other people join it too.

Being such sensible, intelligent, discerning types, who else would they call but MIW Water Cooler Experts to help with the installation? 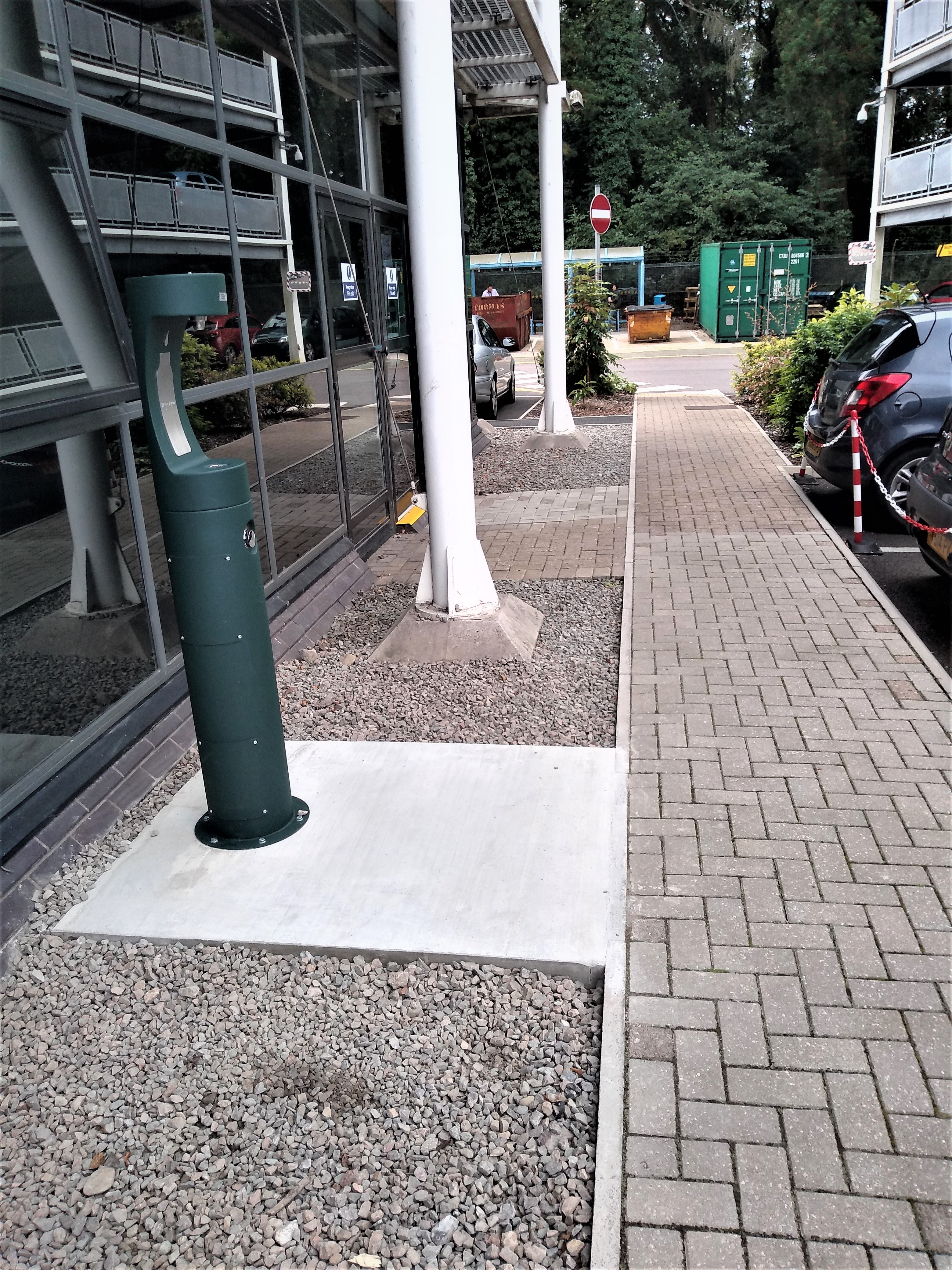 Based in Newport, South East Wales, the IPO now boasts a team of more than 1,000 employees. With all staff working a traditional 9-5 Monday-Friday week, any facilities installed on site need to be able to cope with a high degree of usage. Our challenge at MIW was to find a bottle filler that could reliably deliver a high volume of filtered water, was WRAS-approved to meet Government and water authority guidelines, and required minimal maintenance beyond that provided by MIW’s six monthly sanitation package. Being sited outside the IPO to allow passers-by to top up too, the filling station also needed to be weather- and vandal-proof. The Halsey Taylor Endura II tubular bottle filler was the perfect fit.

The sleek exterior of the Endura II belies a rugged, hardwearing build with hidden depths. Created from heavy-grade stainless steel, finished in powder coating, it is strong, durable and capable of withstanding anything the Welsh weather can throw at it. With no external moving parts, and security screws keeping the vital workings safely protected, there is very little risk of accidental – or deliberate – damage. While the push-button activation means that the wasting of water needs must be a very deliberate act as the user stands by with their finger on the faucet. ADA (Americans with Disabilities Act) approved, the unit is accessible to a wide range of users, including those in wheelchairs. And being placed just outside the building’s staff entrance, it’s the ideal choice for the IPO’s needs. It is also available for cyclists, runners, walkers and other members of the public to refill their bottles while on the go.

Why Install a Refill Point?

Spurred on by the international plastic waste crisis, in September 2018 Parliament announced plans to reduce single-use plastic across its sites. As a Government office, it’s only natural that the IPO should follow suit. And, in fact, it’s a move now being made by most responsible organisations and businesses. With around 8 million tonnes of plastic entering the ocean from land every year, jeopardising the future of marine life and everything that depends upon it, the sooner we all take steps to reduce our plastic use the better.

Helping people to secure their future, as it does, it seems only right that the IPO is doing its bit to help secure the future of the environment for everyone. With UK adults typically using 150 plastic drinks bottles every year, the staff of the IPO alone have the opportunity to prevent 150,000 waste plastic bottles from entering the ecosystem annually. What a wonderful thing it would be if we all took steps to join them – and the refill revolution.