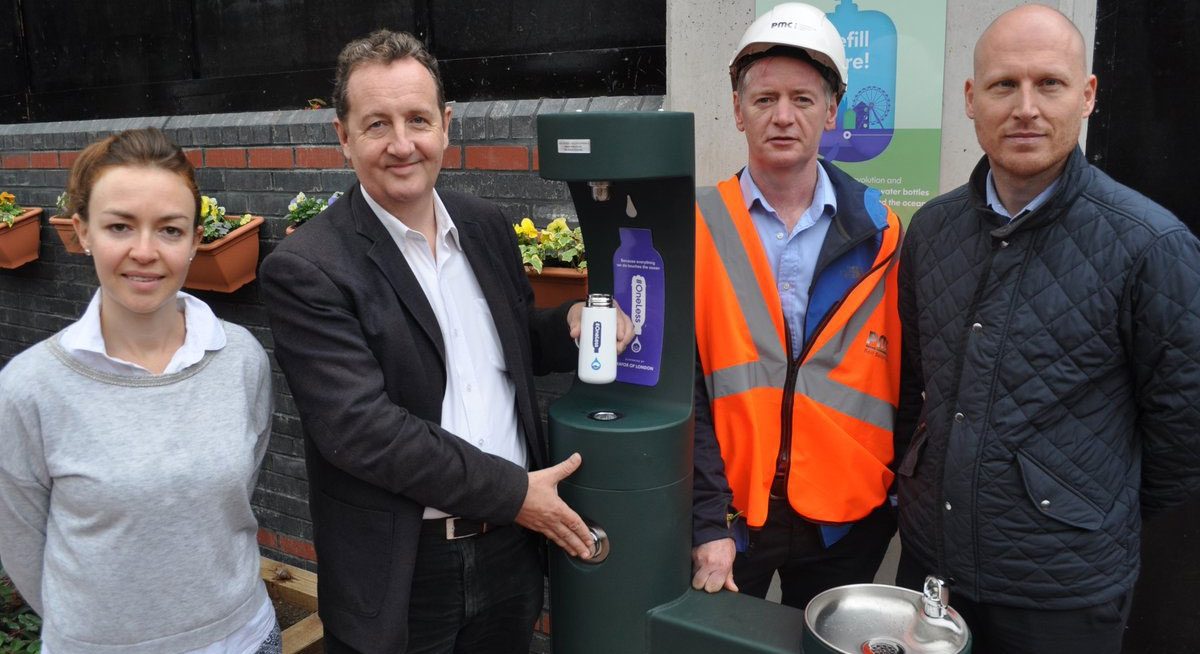 2018 has been a fantastic year for MIW Water Cooler Experts. But I have to say, the thing that’s given me the most satisfaction of all, has been our involvement in the #OneLess campaign, and subsequently the London Drinking Fountain Fund. The aim of the fund, which was jointly spearheaded by MIW, OneLess and the London Mayor, Sadiq Khan, is to reduce single-use plastic waste in the city, through the provision of free-to-use drinking fountains and bottle fillers. It practically had our name written all over it! 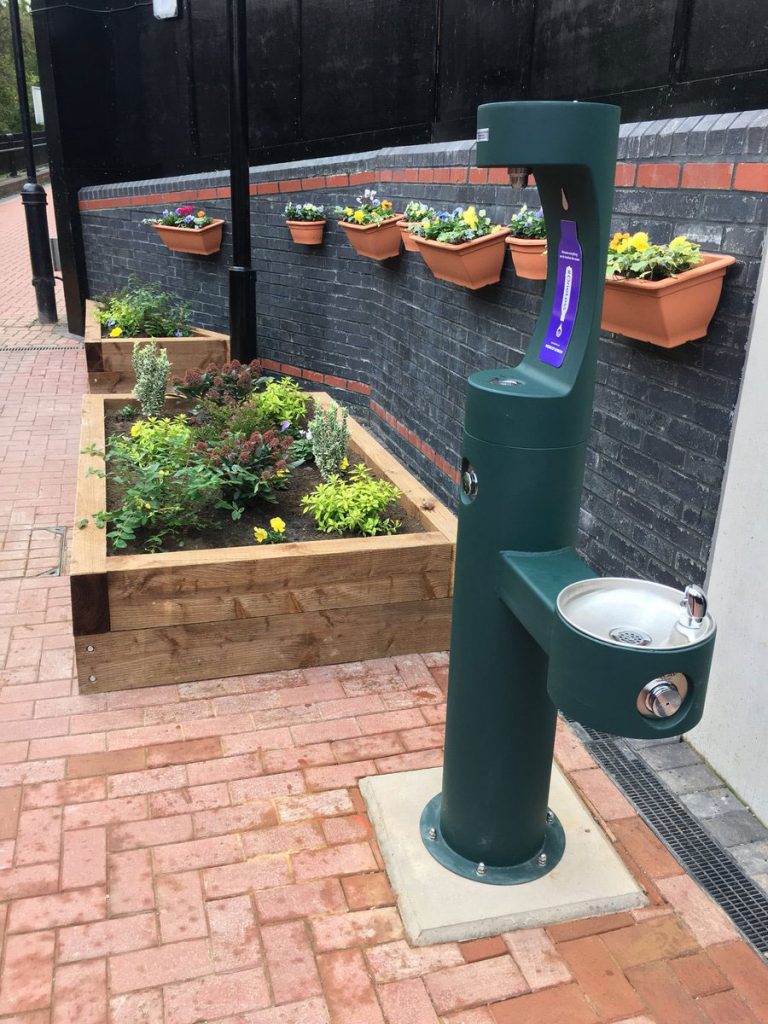 As soon as the project was mooted, we immediately donated 20 Bottle refill stations for installation around the capital. The next task was to find the most useful homes for them. The first went to Carnaby Street, its enormous footfall making it an obvious location. Others followed in Liverpool Street Station and Lewisham at Ladywell Fields. But now, excitingly, the project has moved beyond the heart of the city, and into the busy commuter belt. Last month, Acton welcomed two shiny new drinking fountains with bottle filling facilities, courtesy of MIW, #OneLess, the Mayor of London and the London Drinking Fountain Fund.

Being away from the acknowledged tourist trail, the West London district of Acton possibly isn’t the obvious choice for involvement in the project, but we’re really excited about the two new installations. The first bottle filler was installed at North Acton Tube Station. Acton is home to a huge number of city workers – more than 15,000 people in total. And it’s estimated that 80% of all commercial trips and 41% of all residential trips from the area involve the use of the tube[1]. That’s a lot of potentially thirsty travellers. With British adults using an average of 150 plastic drinks bottles per year, there’s a lot of scope for Acton to make a real difference. And that’s the primary aim of the project: to install the drinking facilities where they could reach the most people and have the greatest impact. That impact being the reduction of waste single-use plastic.

The second drinking fountain went into Acton’s skatepark. Recently redeveloped, it’s a mighty draw to the local kids and teenagers. And skating/skateboarding/BMXing is thirsty work. It’s denigrating to say that kids abandon a lot of litter; you see just as many middle-aged folk casually casting off their unwanted packets and bottles in the street. But, if you’re inviting anyone to exercise anywhere, it’s only right that you provide them with drinking facilities too. Water is healthier than fizzy drinks, and a drinking fountain certainly produces less litter than shop-bought cans and bottles. The unit installed is vandal-proof – just in case the odd idiot feels the need to try – and it’s been designed to cope with all weathers, so it provides the perfect low-risk, low-cost solution. And you know what? It makes me really happy that MIW can play a part in community projects like this.

The work of the London Drinking Fountain Fund – and MIW’s involvement in it – will roll on well into 2019. And every time a new location is selected, it makes me really excited. Because this is a chance for us at MIW to make a real difference and help cut the tide of waste plastic, for everyone’s benefit. Now, it’s your job to use them instead of buying wasteful bottled water.