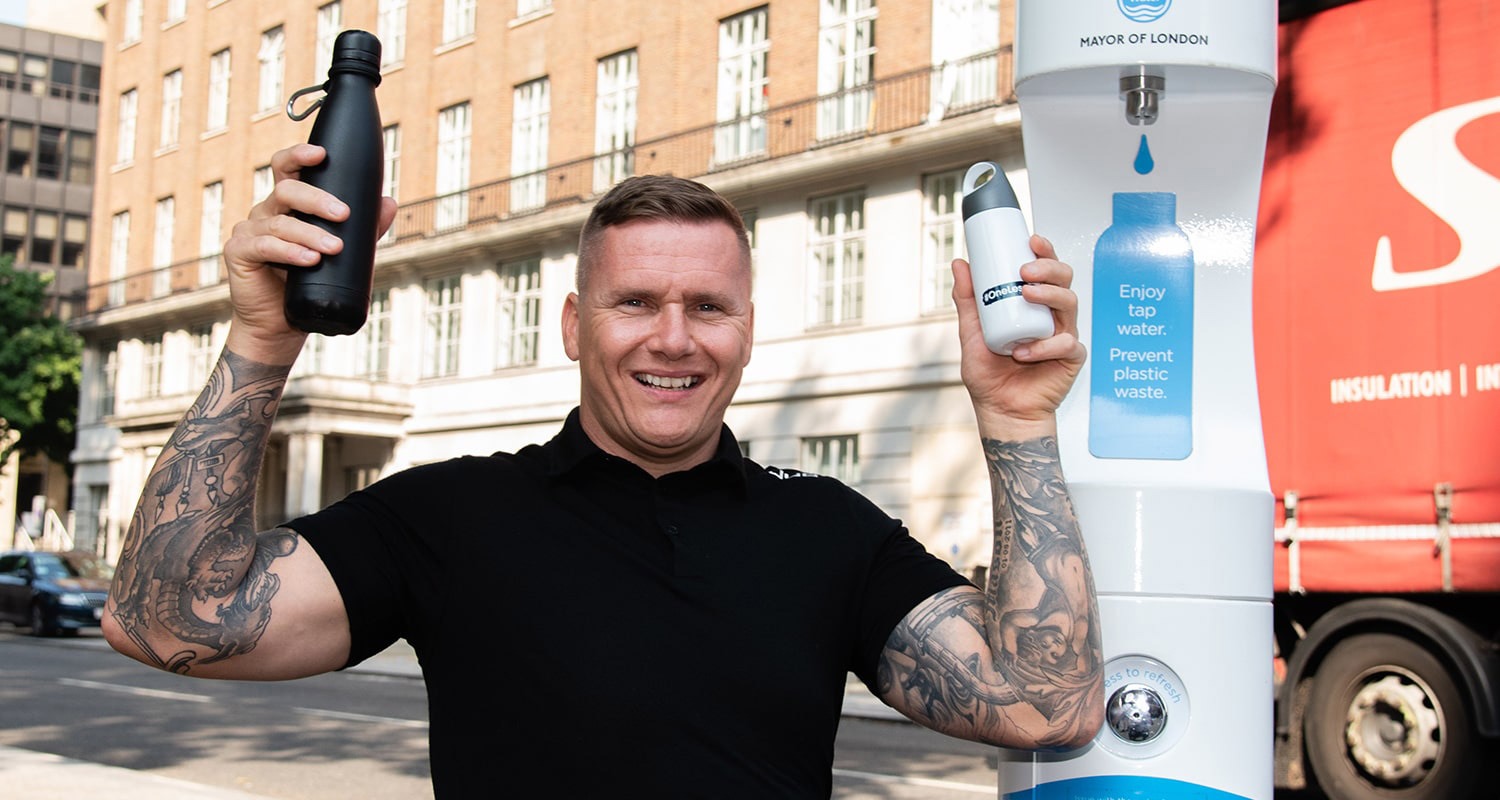 It’s been a long old slog since the start of the pandemic. In some ways, it feels like the restrictions have been going on forever. And that’s no bad thing – if it helped us stay safe, then it was worth doing. But it’s really good to feel normality slowly returning. And for us at MIW, part of that is the reopening of the UK’s bottle filling network.

Closed for over a year as the UK sought to get to grips with Covid-19, with bottle fillers and drinking fountains off-limits, it began to feel like the very great strides we’d all made towards a plastic bottle-free future were all in vain. That’s why we’re so delighted to announce not only that London’s drinking fountain network is again open to the public. But that it was reopened by one of the UK’s greatest sporting heroes. David Weir CBE. AKA, the WeirWolf!

So, how did it all happen?

Getting a sporting legend involved in the plastic pollution problem was easier than you might think!

The six-time gold medallist and eight-time winner of the London Marathon is as passionate about preventing pollution as he is about his sporting prowess, commenting that: “As a proud Londoner I’m really glad to see the network of free drinking water fountains coming to life once again. These fountains will help people out and about enjoying the city this summer stay hydrated without relying on single-use plastic bottles, which can blight our outdoor spaces and pollute the Thames. Just don’t forget your reusable bottle!”

How to find drinking fountains in London

Prior to the pandemic, MIW Water Cooler Experts worked with Thames Water and the Greater London Authority (GLA) on the installation of 54 public drinking fountains across the city. On July 19th, 2021, 30 of those bottle fillers were reopened for public use. The remaining 24 will be made accessible in the coming months. And what’s mor exciting, there are plans for a further 50 to be installed in the coming year.

So, how do you know if your local bottle filler is back in action? You can also a list of the 30 reopened bottle fillers at the bottom of this blog. Or, you can simply download the City to Sea Refill app, for up-to-date information.

But is it safe?

Right now, that’s the question that most of us are asking about everything. But advice from the NHS and the World Health Organisation is that coronavirus is not a waterborne virus and that the risk of catching it from a public drinking fountain is very low. The fountains are considered completely accessible and safe. And not just when it comes to Covid-19.

WRAS approved, the bottle fillers used for the Thames Water project have been extensively tested to ensure that they – and the parts that go into their creation – are safe and fit for use. They are fully compliant with all UK water authority regulations. And the water they dispense is fresh, clean, and hydrating. For added peace of mind, all of the drinking fountains have been thoroughly serviced and cleaned prior to reopening. 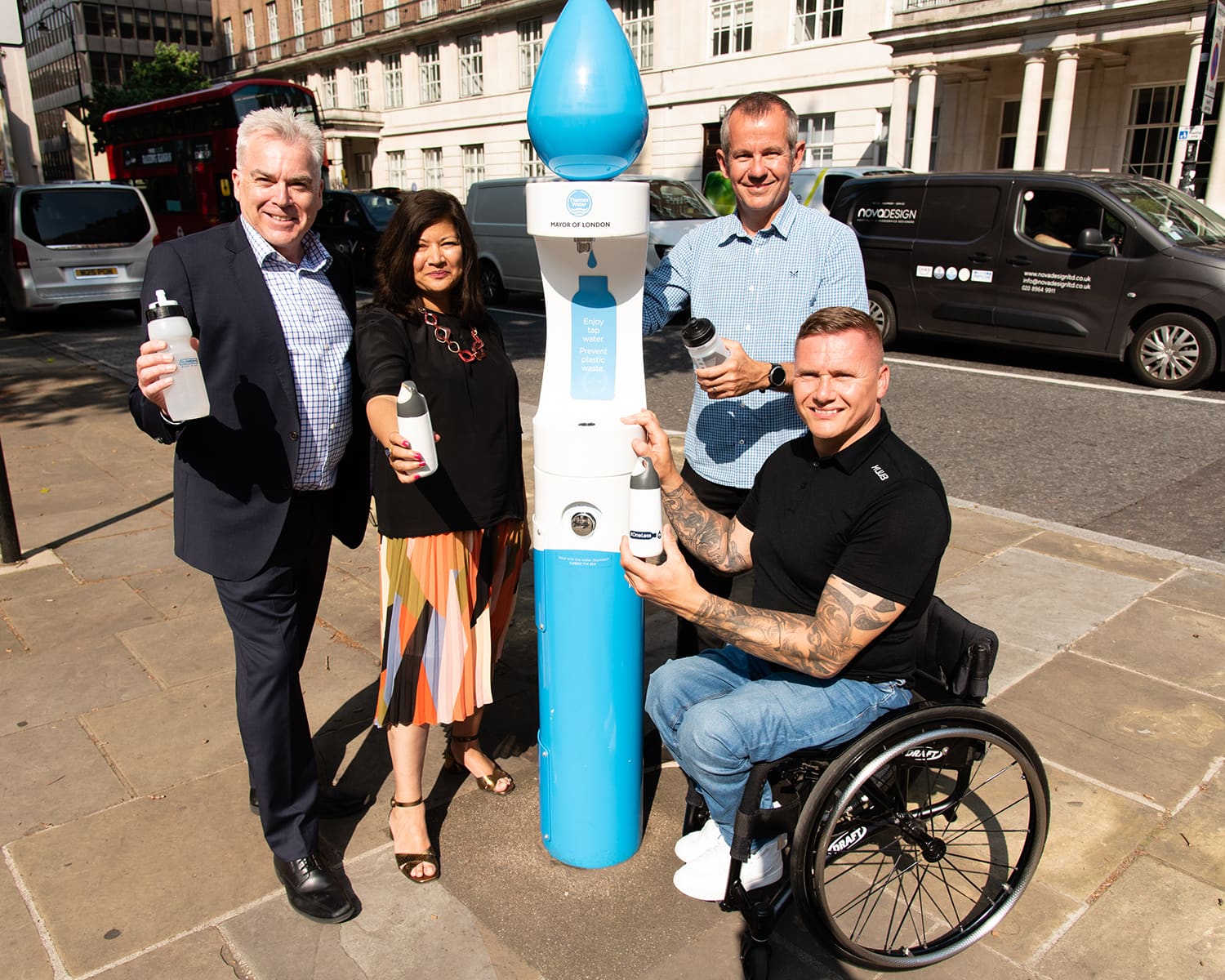 Every year, as many as one billion plastic bottles are used in London. With adults in the city each purchasing an average of 175 bottles of water every year, it’s not hard to see where that figure comes from. But what is disappointingly surprising is just how many of those bottle end up in the Thames. In fact, water bottles represent almost half of all the drinks bottles found in the Thames. And more than anything else, that highlights how important it is that we don’t let this issue slide.

The fight against ocean plastic has been out of the news for months now. We’ve all had more urgent matters to attend to. But it’s now time to return the national focus to what Sir David Attenborough referred to as the ‘greatest threat’ in our ocean’s history. And by following David Weir’s advice and carrying a reusable drinks bottle, you can make the future cleaner.

Check out the full list of the reopened London drinking fountains below.

Want to see more of the WeirWolf in action? Don’t forget to keep an eye on this year’s Paralympics, commencing Tuesday, 24 August 2021.

Sadiq Khan, Mayor of London said: “I am committed to delivering a green recovery for our city and I want to make it as easy as possible for Londoners to ditch needless single-use plastics. Plastic pollution finds its way into oceans, harms our rivers and wildlife and takes centuries to break down.

“I’m delighted to be reopening these drinking fountains to help Londoners get back to using reusable bottles to do their bit for the environment. Through my work with Thames Water we’ve installed 54 fountains across London and we’re restarting the programme which will deliver over 100 in total. In addition to the fountains, there are now over 4,000 shops, cafes and restaurants offering free refills across the city through Refill London.”