If you’ve ever happened to be driving the A466 along the River Wye and the English-Welsh border, there’s every chance that your attention will have been arrested by the magnificent structure of Tintern Abbey. Like a toy abandoned by giants, the remains of the medieval construction seem to have just been dropped into the landscape. And even in its state of ancient decay, it is utterly compelling and breath-taking.  How lucky did the MIW team feel to be working there recently, then?

As part of the Welsh Assembly’s bid to turn Wales into the World’s first refill nation, Cadw has installed drinking fountains and bottle fillers at its most popular tourist attractions. The department is responsible for the care and upkeep of some of the country’s most important and beautiful historic buildings. The sites, which include Tintern Abbey, attract many thousands of visitors every year. Consequently, finding bottle fillers capable of dealing with such high potential usage while being exposed to the elements, and a company that could be relied upon to service the units before they needed it rather than waiting for problems to occur, was of paramount importance. Naturally, Cadw called upon MIW! 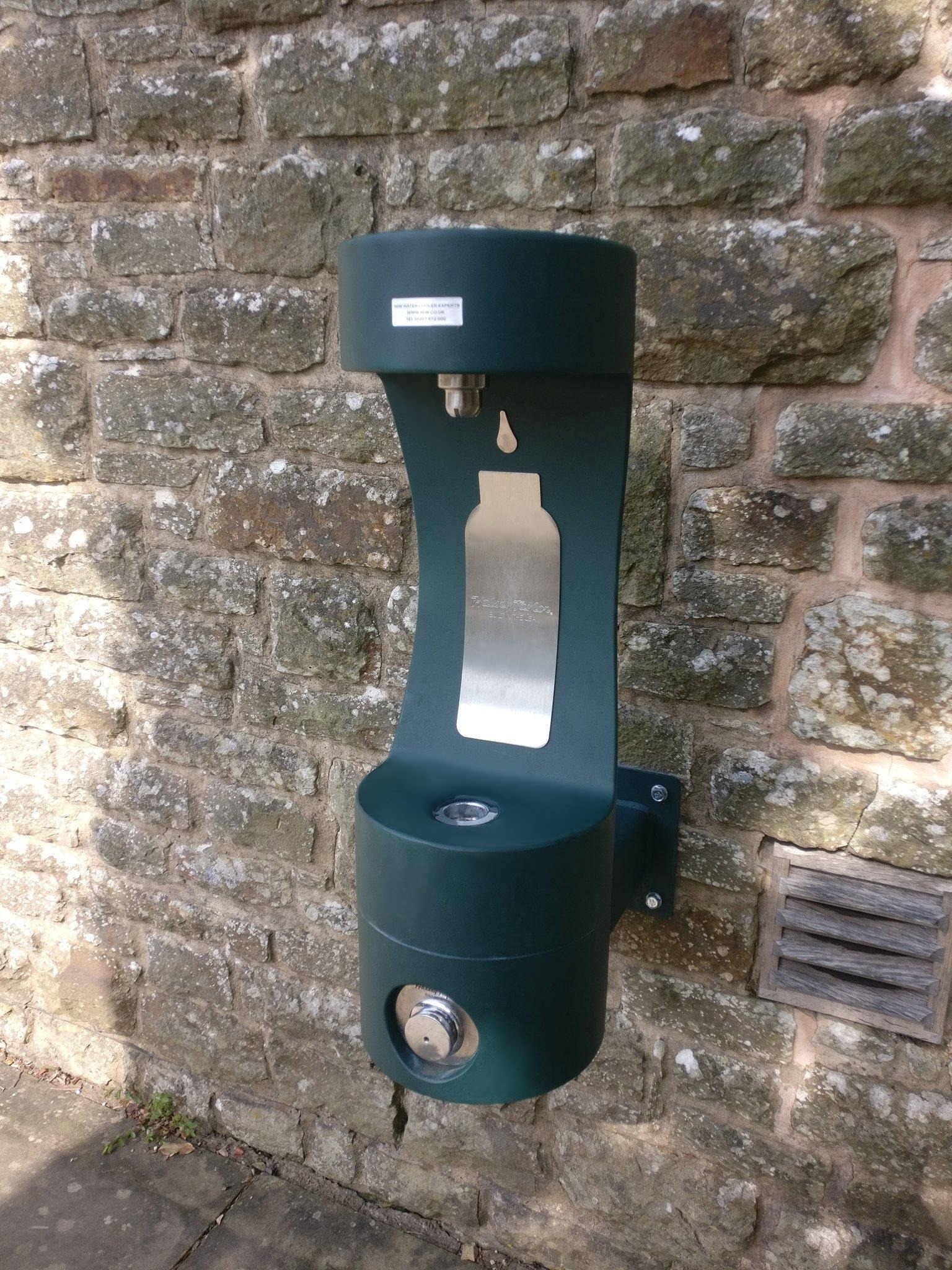 Situated in the visitor centre, a Halsey Taylor 4405BF – Endura II Tubular Outdoor Bottle Filling Station was selected as the best kind of bottle filler/drinking fountain combo for the visitors of Tintern Abbey. WRAS-approved, the unit has been tested in every conceivable way to ensure both quality and safety. The push-button mechanism is both hygienic and easy to use, delivering a laminar flow of water to ensure that there’s no splashback to dampen users and minimal waste. An in-line filter and silver-ion antimicrobial coating also works to enhance the unit’s hygiene. Vandal-proof and weather resistant, the Halsey Taylor 4405BF may not quite equal Tintern Abbey’s 800 years, but it’s certainly there for the long-haul.

Why Does Tintern Abbey Need a Bottle Filling Station?

Aside from the fact that providing free drinking water is a great customer service, there’s a very serious side to Cadw’s move towards bottle fillers. Waste plastic has become an epidemic blighting the Earth. It’s not always easily recycled. It’s failing to degrade in landfill. And worst of all, it’s finding its way into our waterways and oceans, destroying the ecosystem. How terrible would it be if we were to lose species simply because we couldn’t be bothered to take steps to reduce the amount of plastic we consume? So, that’s what Cadw is doing.

In installing drinking fountains and bottle filling stations at its most popular tourist destinations, Cadw is providing an alternative to single-use plastic bottled water. Rather than buying and discarding multiple drinks bottles, visitors can now refill at will. As more and more responsible organisations take similar steps, a network of drinking fountains and bottle fillers is spreading across the UK. With any luck, it won’t be long before shop bought bottled water is as much a thing of history as Tintern Abbey. But if we start the clean-up process now, future generations hopefully won’t have such an enormous reminder of single-use plastic.

Tintern was only the second Cistercian foundation in Britain, and the first in Wales. Building began in 1131. It’s fair to say that the Abbey has borne witness to a huge amount of change. Let’s hope that it’s now witnessing another change for the good.