They Shoot! They Score! Wembley Stadium Puts One in the Back of the Net for the Refill Revolution

Despite being a relative newcomer, Wembley Stadium is one of British football’s most iconic locations. It controversially took over from its much-revered predecessor in 2007, but soon became one of the most-loved venues in the country, attracting more then 3 million visitors a year. Its turf might not yet be hallowed, but it’s certainly getting there. And now the stadium has an attraction that’s even greener than the grass within: 16 smart new bottle fillers. 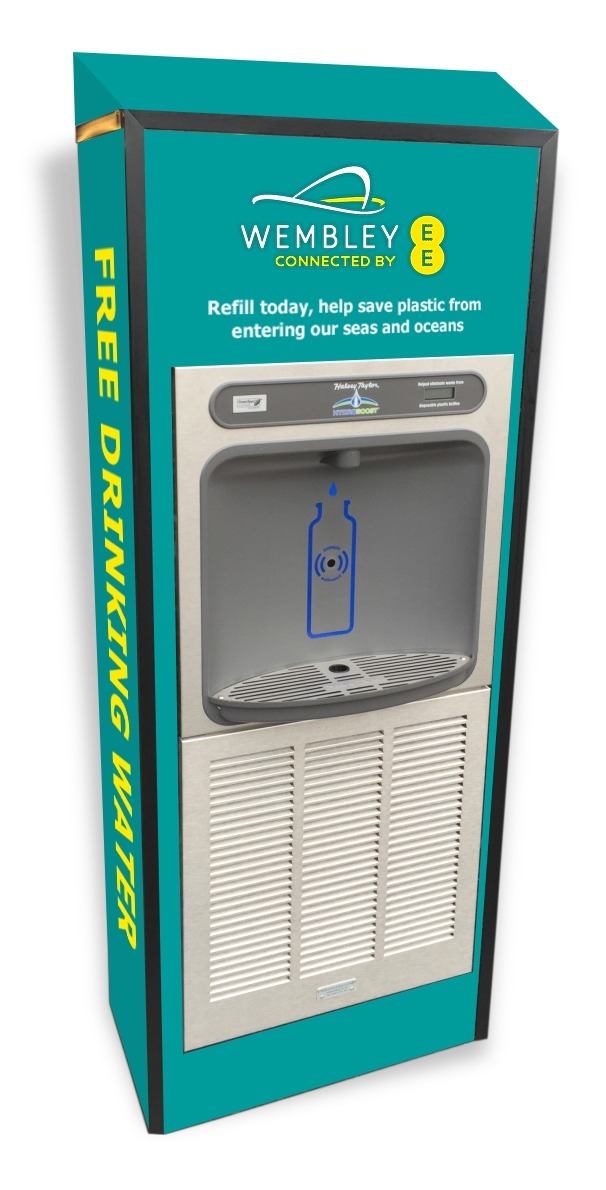 Earlier this year, MIW Water Cooler Experts was invited to Wembley Stadium to see what could be done. The management team were looking for ways to improve hydration facilities for both staff and visitors while reducing the number of single-use plastic bottles used on site during the season. It was MIW’s job to survey the stadium, identify areas where bottle fillers might be both installed and attract the greatest number of users, recommend equipment that would suit the stadium’s needs, and install it… Oh, and try to resist the urge to run around on the pitch shouting ‘gooooooaaaaaaal!’ with our t-shirts pulled over our heads! It probably wouldn’t have looked that professional.

In the end, 30 potential sites were identified, and 16 units installed. Making Wembley one of the most well-equipped sports stadiums around, when it comes to free drinking water. And, contracted to maintain, clean and service the bottle fillers, we’ll be making sure it stays that way.

Of course, when you’re catering for such a high volume of potential users, the choice of equipment matters. After much deliberation, the Eco-Dispenser HTHB-1500-80 was selected for Wembley. WRAS approved to guarantee safety and compliance with Government and water authority standards, the Eco-Dispenser is easy and fast to use, vandal resistant and weather-proofed. It’s also been designed to allow for wheelchair accessibility, so that no one is excluded from using it. It supplies chilled water for maximum enjoyment, but is also one of the most eco-friendly bottle fillers around, employing GreenSpec™ technology to reduce up to 60% of the water and electricity used during the operation of the unit. And customised with Wembley’s colours and messaging by MIW, they look pretty good too!

The future of sporting grounds 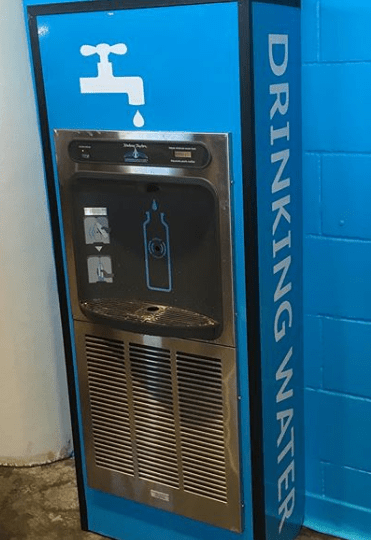 With the waste plastic crisis being what it is, Wembley has done a really wonderful thing by installing bottle fillers across the stadium. And, of course, it’s doing its fans a favour too, relieving them of the need to purchase expensive bottled water when attending fixtures. But Wembley is not the first sporting venue we’ve worked with.

In the last few years, MIW has been called upon to bring bottle fillers to a number of high-profile sporting grounds, including Wimbledon, Lancashire Cricket ground, Chelsea FC and Monte Carlo Country Club (France), to name but a few. They’re prestigious to be sure, and we must admit a tingle of pride to be working with such venues. But the really wonderful thing is that a precedent is being set and change is getting underway. The refill revolution has started. And you can join it whatever team or sport you support.

You can find Wembley’s new bottle fillers at key points throughout the stadium. For more information check out Wembley’s visitor map.