Brixton’s Windrush Square has become the latest location to benefit from a free-to-use drinking fountain and sports bottle filler, courtesy of MIW, the #OneLess Bottle campaign and the London Drinking Fountain Fund. 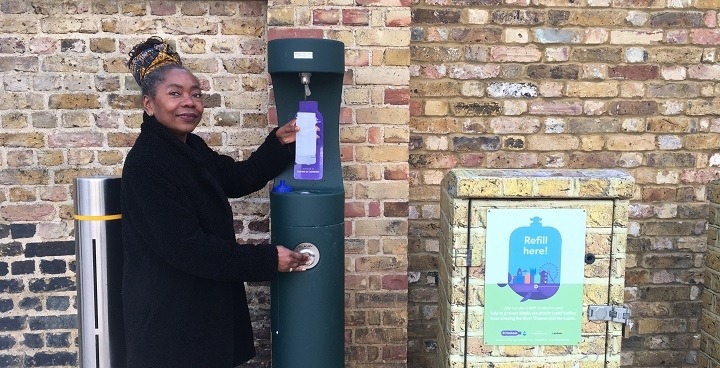 Named after the SS Empire Windrush, the ship which brought a new generation of much-needed, skilled Caribbean settlers to post-war Britain, the square is a busy, open space in the heart of Brixton’s shopping and recreation area. It’s also used for public events – recently hosting Brixton’s 100 year Armistices Day anniversary service. And it’s the busyness of Windrush Square, and its status as a community focal point that makes it such a perfect pick for a public drinking fountain.

Every location selected to benefit from a #OneLess drinking fountain and bottle filler has needed to meet a particular set of criteria. But the most integral of all is that the location is somewhere where lots of people could potentially benefit from access to free drinking water, and where it could help to reduce the presence of plastic litter.

What is the #OneLess London Drinking Fountain Fund 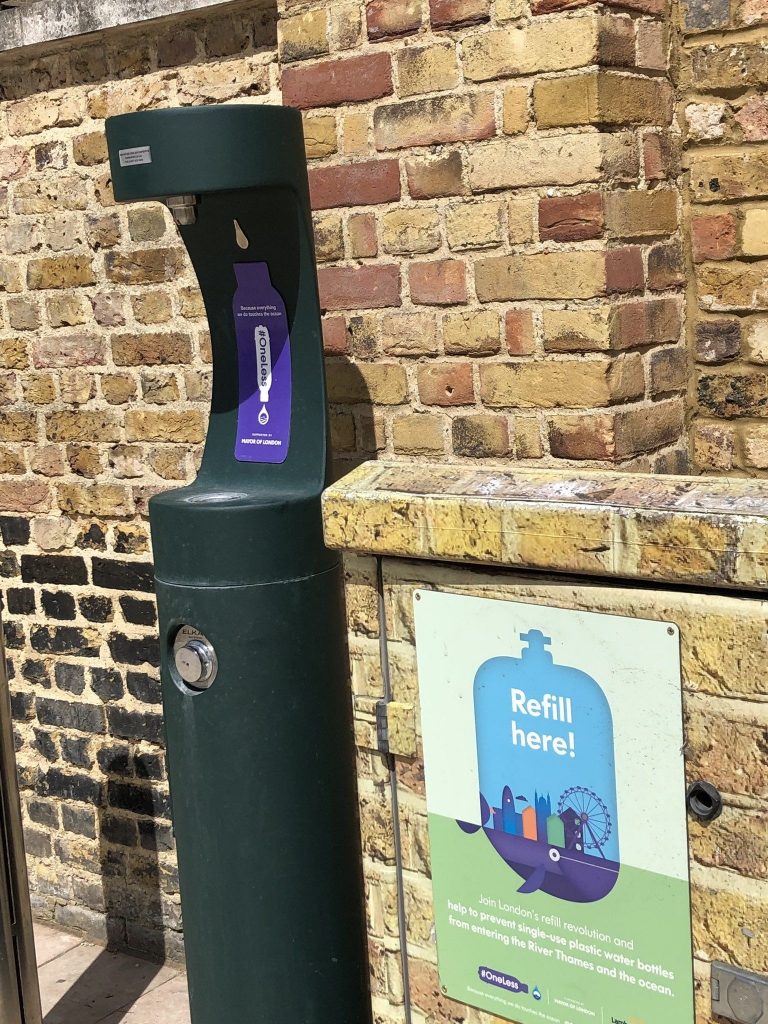 The London Drinking Fountain Fund was set up by the #OneLess bottle project in collaboration with the London Mayor’s office. The aim is to reduce single-use plastic waste throughout the city, through the provision of free-to-use public drinking water facilities. MIW was already instrumental in the #OneLess campaign when the drinking fountain fund was first mooted. As a company, we’ve been passionate about reducing plastic waste for a long time. Consequently, as soon as the idea was formed, we stepped in to donate 20 bottle filling stations, with built-in drinking fountains, and the labour required to install them in key locations around London.

The project began in January 2018, and by the end of December 2018 all 20 units will have been installed. The locations have been varied – from transport hubs to green spaces– but all are united by the high number of people who use them. Each of the bottle fillers has been selected to suit its location, whether indoor or out. They are vandal-proof, weather-proof (where needed), easy to use, and most importantly of all, hygienic, with inbuilt antimicrobial protection – so even the fastidious should have no qualms about using them.

And that’s the point: these bottle fillers and drinking fountains are there to make a difference – in Windrush Square, Camberwell Green, Carnaby Street and beyond. But they’ll only fulfil their purpose if people – like you – use them. So go on; fill your bottles and have a slurp!