It’s not all that often that you get to witness a sea change in public opinion actually happening. It’s even rarer that you can see both Government and business working to both accommodate and facilitate that change. But that’s what we’re now seeing with the fight to reduce single-use plastic. This summer, Scottish Water is launching a campaign to make sure that it plays its part too.

Water utility companies across the UK are looking to get on board with the plastic revolution, finding ways to reduce waste 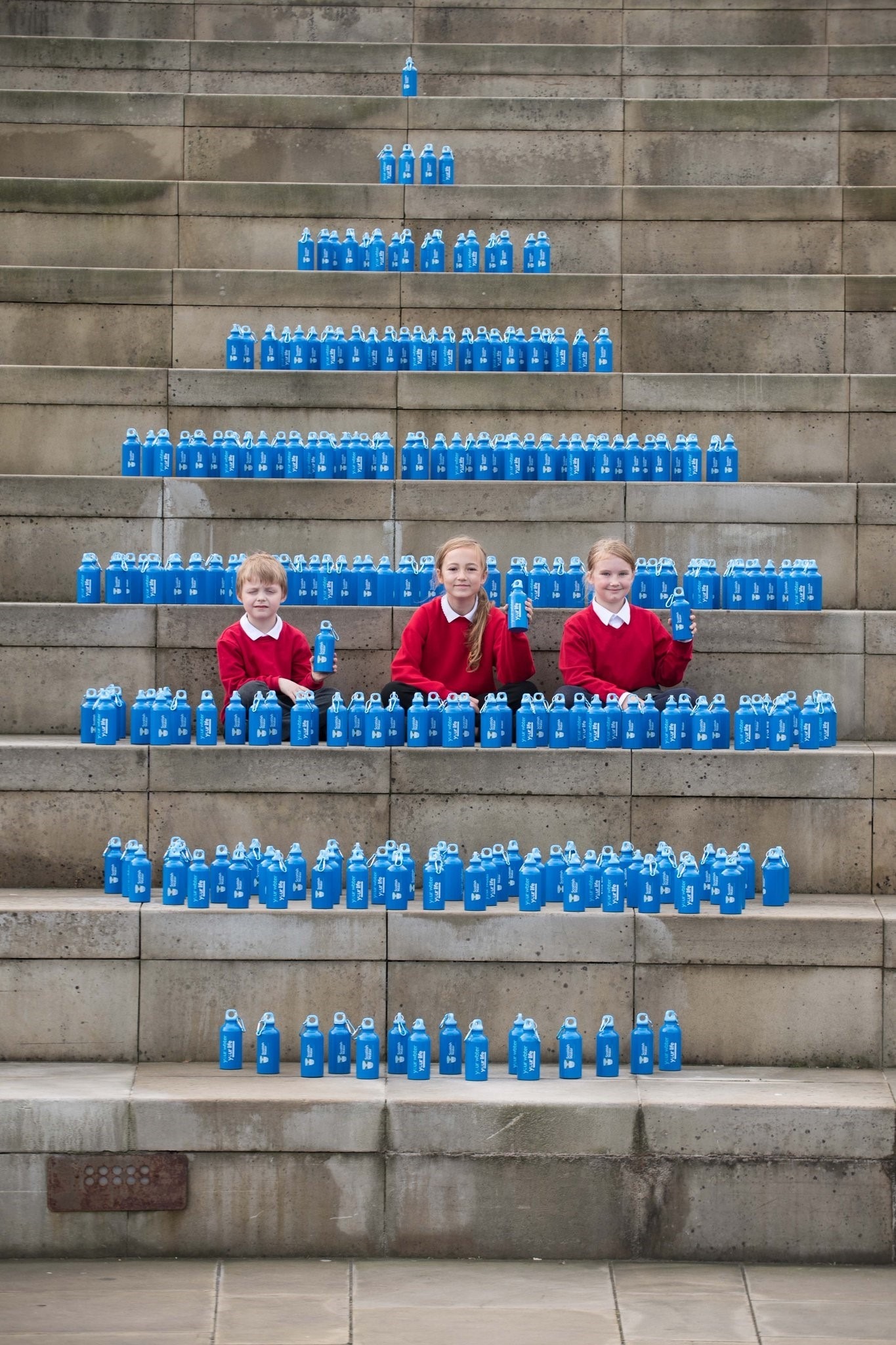 plastic by encouraging people to refill from the tap. It’s an easy enough message to promote in the home, but reaching the public when they’re out and about can be a different matter. This is why many water providers, including Scottish Water, are now introducing free-to-use public outdoor bottle refill stations. And MIW has been helping them along the way.

We’ve already successfully partnered with Yorkshire Water on the Cool Fuel project, which saw water coolers installed into schools across the county. We were part of Anglian Water’s Captain Splosh campaign, providing mains-fed water coolers to primary schools in Lincolnshire – because a well-hydrated child is far better able to concentrate in class.

It’s through projects like these that MIW Water Cooler Experts became known as the UK’s leading authority on both indoor and outdoor drinking fountains and sports bottle refill stations. We have a commitment to supplying WRAS-approved units, ensuring that all of our equipment is compliant with UK regulations, so that our customers don’t get any nasty surprises in the future. This commitment has led to our involvement in a huge number of high-profile installations, including our work with the London Refill Project, which will run between 2018 and 2022. It’s also seen us take an active role in the #OneLess campaign. And now, we’re really excited to be working with Scottish Water.

The Your Water Your Life project has been meticulously planned during the course of the last six months, but is now finally ready to step off the drawing board. Understanding the public’s drive to reduce plastic waste, Scottish Water is working with MIW to install specially designed water stations at selected locations throughout the country. Each unit will be easy to use, hygienic, weather-proof and vandal-proof, making them an investment that will last for years to come. Locations have been chosen based on their footfall and popularity, so there will be a special focus in Edinburgh, outside of the Parliament building, and in key areas of Glasgow.

Douglas Millican, the Chief Exec of Scottish Water, described the project as a drive ‘to persuade people to top up from the tap.’ And when free, fresh Scottish water tastes so good, why would you bother paying for a plastic bottle? It saves money, saves the environment, tastes great and is a whole lot healthier than fizzy drinks.

The first of Scottish Water’s free-to-use Elkay / Halsey Taylor outdoor, vandal resistant water refill stations will be installed outside the Scottish Parliament building within the next month. Given the turn out at the series of trial events, we’re pretty confident that this project is going to be a huge success. So, whether you’re a Scottish native, or a visitor north of the border, be sure to keep your eyes peeled for the distinctive Your Water Your Life refill stations, and help to do your bit to protect the environment – and your pocket.