If there’s one thing that Caerphilly Castle isn’t short of, it’s water. The beautiful behemoth of a structure is practically an island. With lakes on every side of the 30-acre site, and ingenious 13th century craftsmanship using dams to channel water into a pretty impressive moat, Caerphilly almost seems a floating fortress. Funny, then that MIW was recently there to install a drinking fountain! 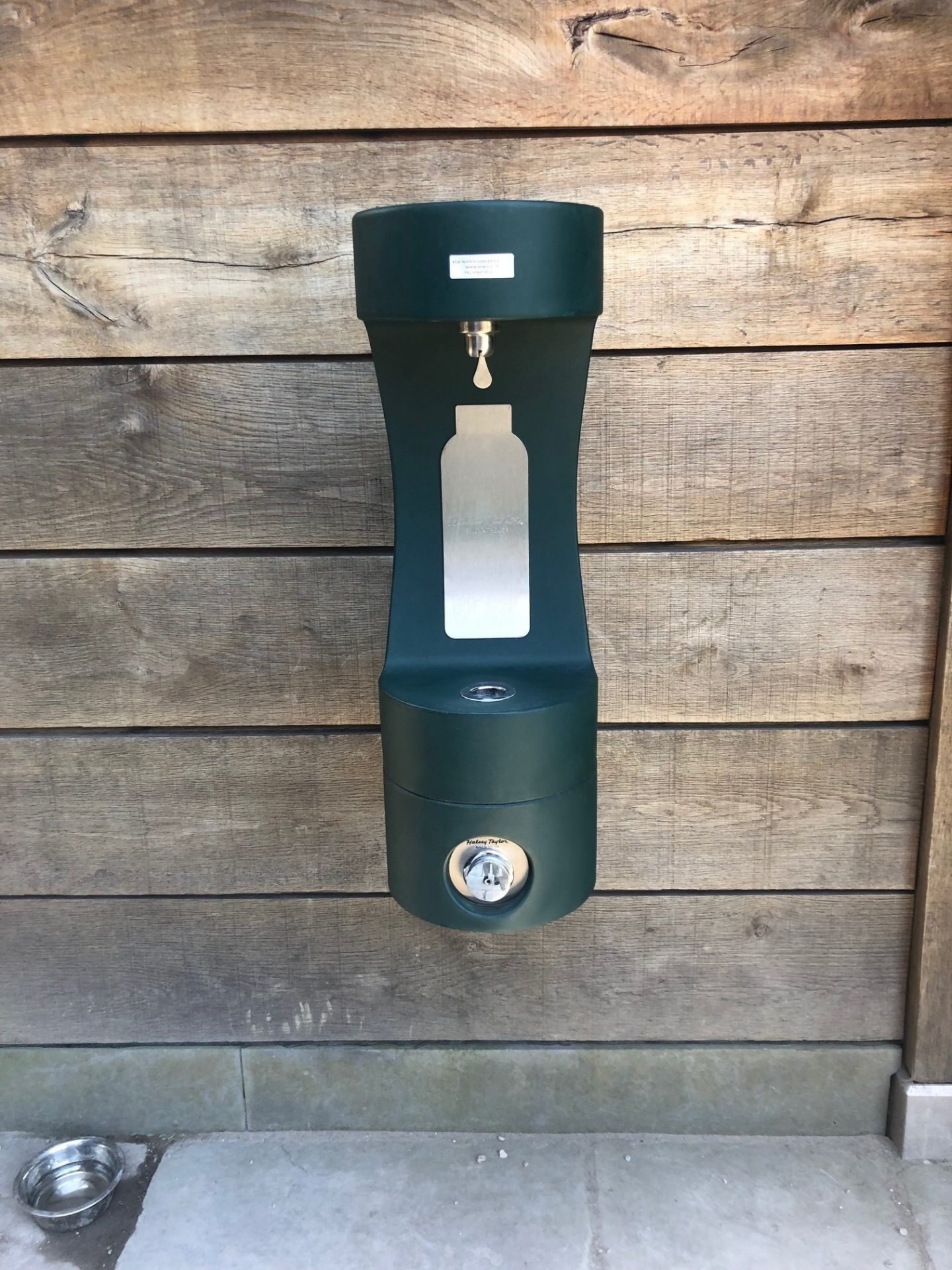 As part of our work for Cadw – the Welsh Government’s historic environment service – some of the MIW team recently spent a very happy day working in the glorious surrounds of Caerphilly Castle. Our task, not unsurprisingly, was to install a new bottle filler and drinking fountain in the visitor centre. The idea being that if free drinking water is easily accessible, fewer people will buy – and leave – disposable bottles on site. But here’s the big question:

The second largest castle in Britain (after Windsor), Caerphilly attracts a huge number of visitors every year. And, perhaps it comes as little surprise, but after around 800 years, the water in them there moats and lakes ain’t fit fer drinkin’!

The moats were created to further shore up the castle’s defences against the Welsh, with then-owner, Gilbert de Clare, fearing an assault from Llywelyn ap Gruffudd, the Prince of Wales. Although stunningly picturesque these days, they had far from pretty beginnings. And were never intended as a source of refreshment!

But it’s this mix of history and beauty that keeps visitors coming back for more. In fact, the number of visitors to Caerphilly Castle increased by 60% in 2018. Which made the need to combat the problem of waste plastic on site even more pressing. 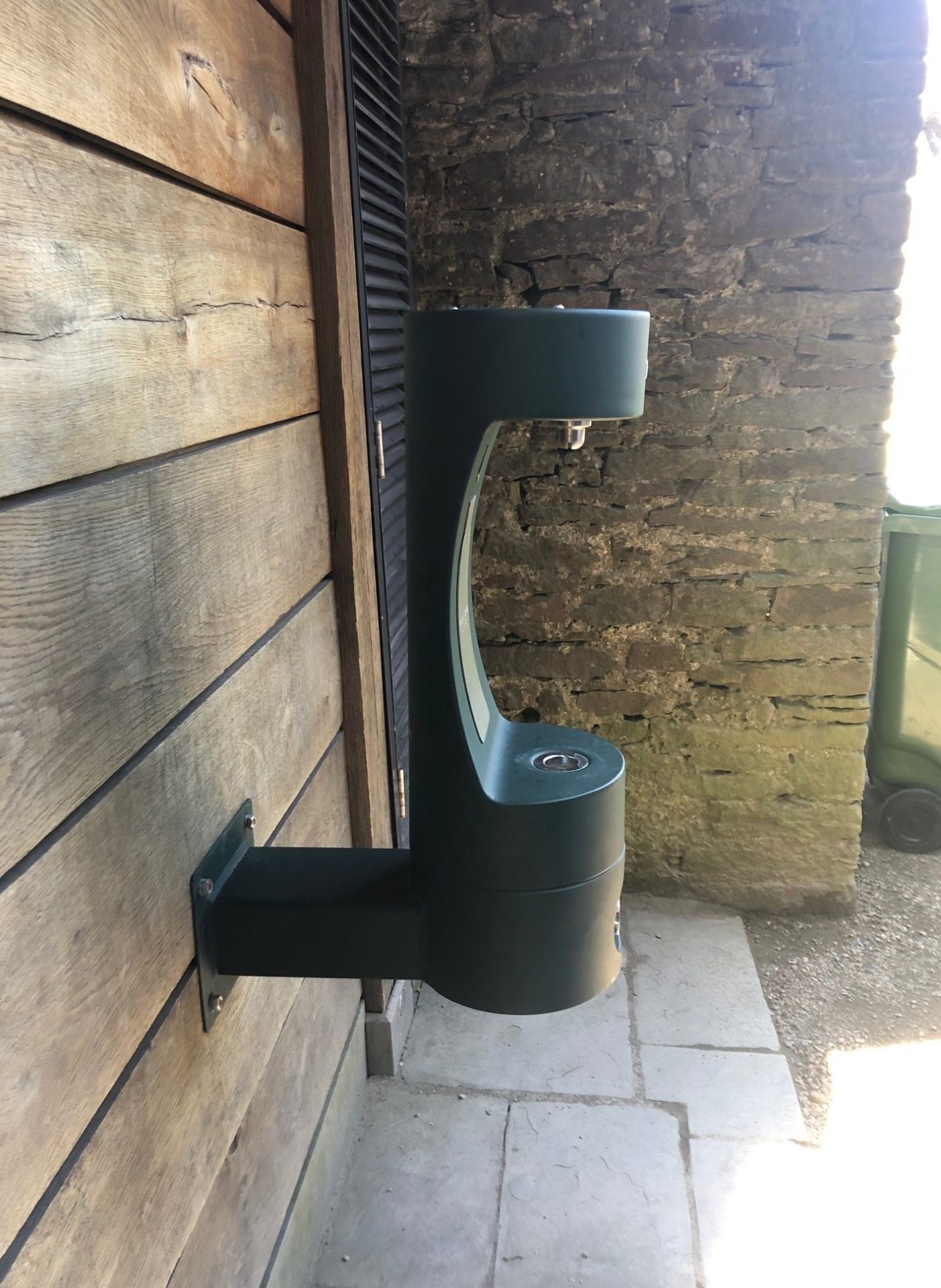 Wales and The Waste Plastic Problem

Waste plastic is now a global problem. For some people, that makes it unmanageable. For others, the view is that if we all do our bit and use #OneLess plastic bottle a day/week/month/year, even, we can all make a difference. And, potentially, make this problem go away.

The Welsh Government take the latter view and have embarked upon a project to become the ‘first refill nation’. The project, which began in May 2018, has seen millions invested in public drinking fountains and bottle fillers, with plans to fund a re-education campaign, so that once in, the fountains and bottle fillers are actually used. The work that MIW has been doing for Cadw is part of that.

Wales is already the best municipal recycling nation in the UK, but that’s still not enough. Millions of tonnes of plastic – bags, bottles, food containers, household products and industrial waste – end up in our oceans every year.  We’ve reached the point where we have to act if we want any marine life left in the future. It’s just one bottle filler, but the Halsey Taylor 4405BF that MIW installed at Caerphilly is the beginning of a sea change… One that could, literally, change the sea for good. So, the next time that you’re visiting the castle, pop next to Great Hall and take a slurp for change.