Anyone who’s been paying attention to the movement towards reducing waste plastic can’t help but have noticed the role being played by students. Scientists aside, more than anyone else, it’s young people who have switched on to the threat of environmental issues. And it’s partly through the demand of students that so many universities, including University College London (UCL), have adopted a refill culture. 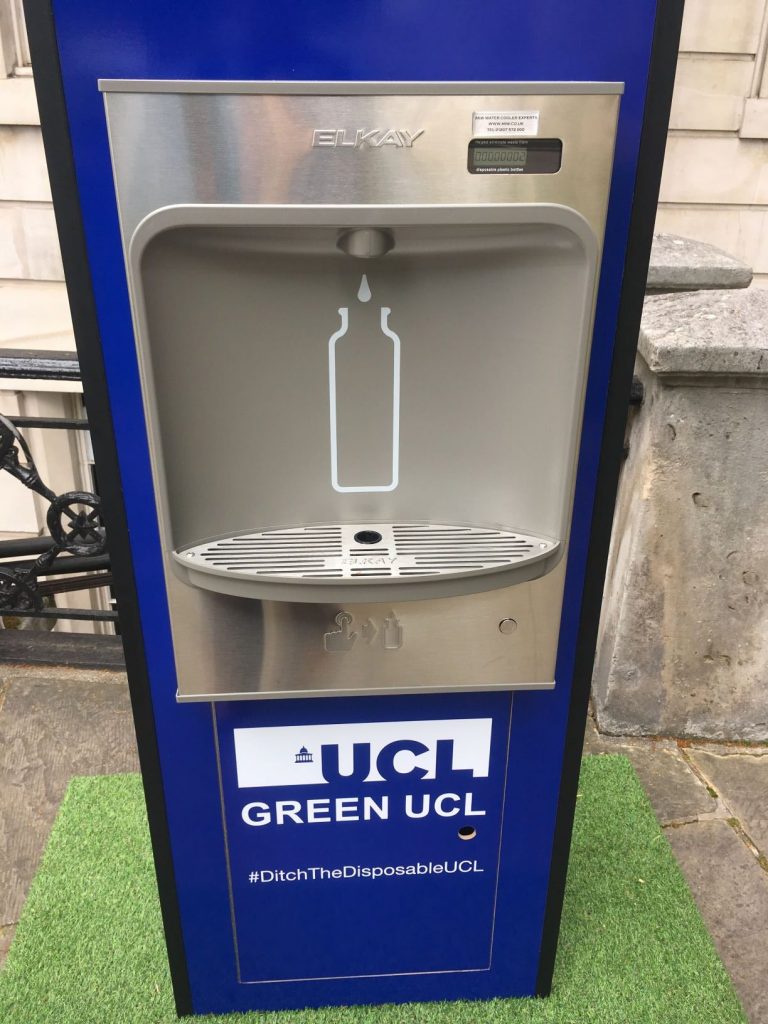 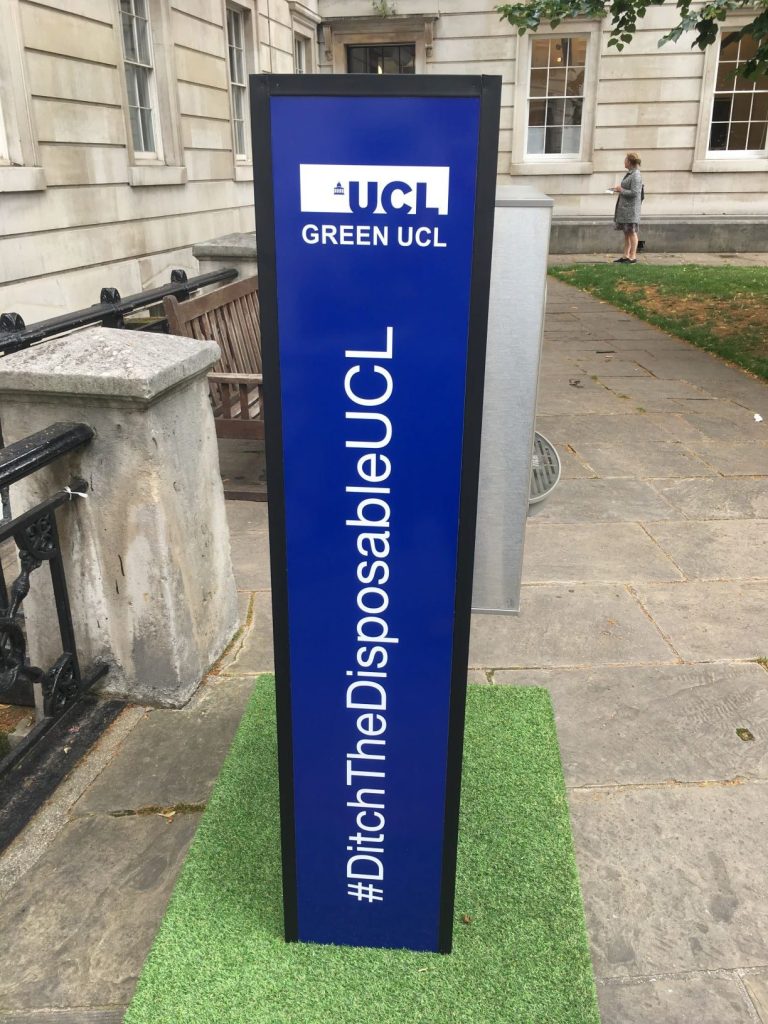 This year, UCL embarked on a campaign called “Ditch The Disposable UCL”. It began with a single MIW Marathon mobile bottle filler. But it’s about to get a whole lot bigger.

Helping UCL to Ditch the Disposable

In 2018, UCL approached MIW, looking for some assistance with a particular problem. The management team were looking for convenient ways to supply drinking water at university events. Thousands of people attend the university’s open days and special occasions every year. But the main quad buildings are grade I listed, meaning that any architectural changes – including the installation of drinking fountains and bottle fillers – are prohibited. So, did MIW have any suggestions? Of course, we did!

The MIW Marathon was created specifically for these sorts of scenarios. It’s essentially a ‘pop-up’ bottle filler. It’s WRAS-approved, so fully compliant with all Government and water authority guidelines and rated as safe for public use. It’s weather-proof, so can be used outdoors as well as in. It is hygienic and vandal resistant – just in case. And it’s been designed for easy and safe installation and removal, making it as perfect for events like university open days as it is for sporting events, such as fun runs and marathons.

UCL took possession of its MIW Marathon in October 2018. Since then, it’s literally been rolled out for every university open event. And it has been used more than 3,164 times. But the university’s campaign to ditch the disposable doesn’t end there. 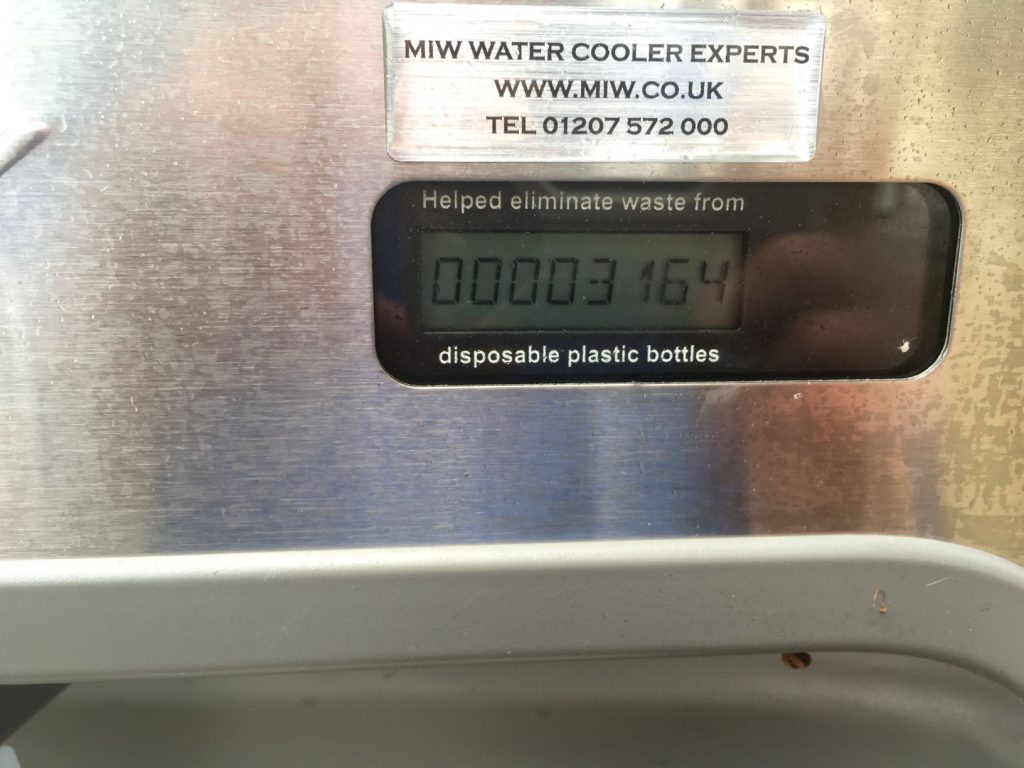 As well as bringing its bottle filler to events, UCL has been helping students reduce single-use plastic on campus with the introduction of a 25p coffee cup charge for disposable cups in all campus eateries. Caterers and Student Union outlets are all on board, spreading the message behind the move.  And students have been happy to accept the change. But this summer, an even bigger commitment to tackling plastic is underway.

Throughout the summer break, MIW has been working with UCL to install the new water fountain across the campus. The idea being, of course, that if students can easily access free drinking water – whether in lectures, the library or while relaxing – they’ll have less need to buy plastic-bottled water. Thus, reducing the amount of plastic waste produced on site… And, as an extra bonus, helping to relieve the drain on those precious student loans.

We love working on this sort of project at MIW. Not just because it’s another great example of a large institution trying to do the right thing. But because we know – without a doubt – that the drinking fountains and bottle fillers will be used. And it’s in young people that change really starts.

Find out how MIW could help your school, college or university ‘ditch the disposable’ today: https://www.miw.co.uk/contacts