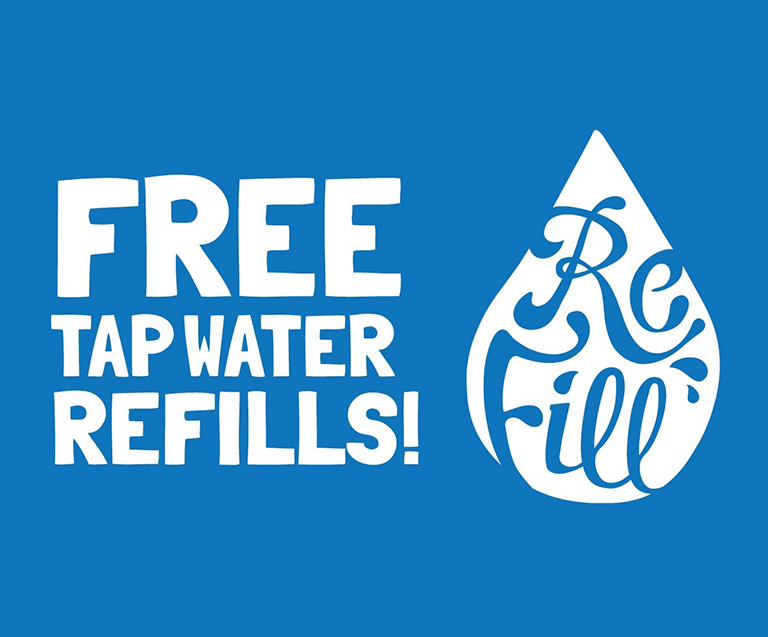 City to Sea have been pioneers in the movement to fight waste plastic. With the aim of stopping ocean plastic at source, the organisation has been proactive in finding solutions to reduce single use plastic use and instigate culture change. And one of their best-known projects is Refill. And that’s where City to Sea’s relationship with MIW Water Cooler Experts began.

Launched in Bristol in 2015, Refill acts as a wayfinder for people searching for plastic-free refreshment. At the beginning, it was simply a website and app listing cafes and shops willing to offer water refills to people carrying their own bottles. But in the last six years it has evolved to include a whole range of plastic-free snackage, as well as helping driving the installation of a nationwide network of public refill points. Looking for a reliable water cooler company to support their work, and hearing about MIW’s involvement in the #OneLess campaign, in 2017 they got in touch. And it’s been an incredibly successful partnership.

In the last four years, MIW and Refill have worked on numerous projects together. In 2018, Canary Wharf embarked on a project to cut 100,000 single use plastic bottles across its sites, with the installation of seven trackable water refill points. The project management team were inspired by Refill. And MIW carried out all of the work.

In the same year, we united again to support a major collaboration between the Greater London Authority and Thames Water. It was a project that would see 100 refill points being installed across England’s capital. With all equipment being sourced, customised, and installed by MIW, it was a massive undertaking, and one which we remain extremely proud of.

But every bottle filler makes a difference, and that’s why Refill is so important. And that’s also why we’re so happy to be able to play our part. Not just in the big projects, but the small ones too. The ones that have seen us install single bottle fillers in country parks and inner-city spaces. That’s why we’re so pleased to announce the renewal of our partnership with City to Sea.

Looking to the future with Refill and MIW

Beginning in May 2021, MIW and Refill will embark upon an extended three-year partnership. Working with MIW’s global partner, Elkay, we will not only continue the work of Refill across the UK, but help to carry the campaign into Europe, where MIW already has a strong business presence.

‘Sustainability is such an important issue right now,’ says MIW Water Cooler Experts founder and Managing Director, Mike Winter. ‘As a business owner, I’m always looking for ways to both reduce the environmental impact of MIW, and support sustainability projects in the wider community. Working with Refill has been a terrific opportunity for us to play a much larger role. And I’m really excited to see where the next three years take the campaign.’

MIW Water Cooler Experts donates 10% of all sales to the Refill campaign. Get in touch to find out how your next water cooler purchase or rental agreement could support sustainability and the Refill movement.